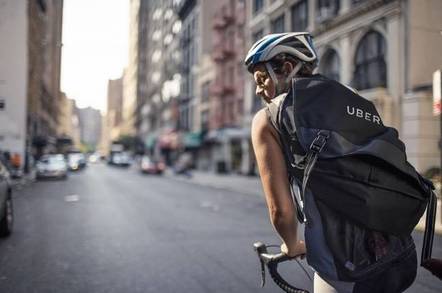 The joint report and draft bill is intended to address the use bogus "self-employment" status as a route to cheap labour and tax avoidance.

Earlier this month taxi firm Uber lost its appeal against a ruling that its drivers should be classed as workers rather than self-employed.

However, the Association of Independent Professionals and the Self Employed said the Central London Employment Tribunal ruling missed the point that gig economy workers appreciated the employment flexibility.

Frank Field MP, chair of the work and Pensions Committee, said: "The two Committees are today presenting the Prime Minister with an opportunity to fulfil the promise she made on the steps of Downing Street on her first day in office, with a draft bill that would end the mass exploitation of ordinary, hard-working people in the gig economy. The bill would put good business on a level playing field, not being undercut by bad business.

"It is time to close the loopholes that allow irresponsible companies to underpay workers, avoid taxes and free ride on our welfare system."

Rachel Reeves MP, chair of the Business, Energy and Industrial Strategy Committee, said: "Uber, Deliveroo and others like to bang the drum for the benefits of flexibility for their workforce but currently all the burden of this flexibility is picked up by taxpayers and workers. This must change. We say that companies should pay higher wages when they are asking people to work extra hours or on zero-hours contracts.

"Recent cases demonstrate a need for greater clarity in the law to protect workers. Responsible businesses deserve a level-playing field to compete, not a system which rewards unscrupulous businesses. We need new laws but also much tougher enforcement, to weed out those businesses seeking to exploit complex labour laws, and workers, for their competitive advantage."

The report said that the current employment status situation used by those companies puts an unacceptable burden on workers to address poor practices through an expensive and risky court case while the companies themselves operate with relative impunity.

It wants clarified legislation to protect the legitimately self-employed and a new presumption of "worker by default" that would require companies to provide basic safety-net standards of rights and benefits to their workers, or prove that their working practices are genuinely reflecting of self-employment.

Workers should not be faced with a choice between not working or working for below minimum wage, it said. As such the government should rule out introducing any legislation that would undermine the National Minimum Wage/National Living Wage, it said. ®