You've got the authority, big boy, CTIA tells Pai... And such strong arms 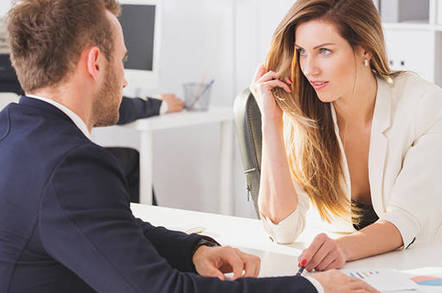 The stomach-churning love-fest between the American cable industry and FCC Ajit Pai continues apace with Big Cable now pillow talking the federal regulator into how to prevent individual US states forming their own net neutrality protections.

Pai is expecting to call for a vote on dismantling net neutrality rules on December 14 – despite widespread opposition to the idea – but cable companies are worried that state legislators will simply write their own laws to effectively reintroduce them.

And so, joining a determined campaign by cable giants Verizon and Comcast to lobby against such actions, the wireless comms trade association CTIA has joined the fray, sending a letter to the FCC informing it how it can usurp such state efforts.

"Broadband internet access is an interstate offering properly classified as an information service," the association, which represents wireless giants from Sprint to AT&T, stated, reflecting the ongoing dispute about how internet access should be regulated in law.

It went on: "Interstate services are, of course, within the sole jurisdiction of the FCC, and Congress has advanced a national policy of non-regulation for information services. These two well-established principles represent two inter-related but distinct bases for preemption, which the courts have upheld and the Office of General Counsel recently reaffirmed in a brief to the United States Court of Appeals for the Eighth Circuit."

What does that mean? It's basically policy wonk foreplay; the equivalent of telling your insecure lover how strong and powerful they are. So much sexier than those other regulators.

"During the meeting, CTIA explained that, in addition to other legal rationales favoring preemption, the Commission is empowered to interpret the Communications Act of 1934, as amended as preempting state and local broadband-specific regulation," cooes the CTIA into Pai's ears, "just as it has previously interpreted the Act to bar communications-specific state and local regulation in connection with voice over Internet protocol."

Dance of the Ninth Circuit veils

The CTIA slowly undresses while reciting the legal precedents and court decisions – even the Supreme Court, baby - that it says means that the FCC can overrule states' efforts to maintain the current status quo. Thirteen pages of pornographic policy posturing.

"The prospect of broadband reclassification here raises serious concerns that state governments will move to adopt new broadband-specific regulations of their own," the org warns. "Indeed, some state and local policymakers have signaled their intentions to consider upending the framework proposed by the Notice by enacting new regulatory mandates of their own."

"The Commission therefore should pre-empt any state or local broadband-specific regulation, irrespective of whether the state or locality claims that its regulation promotes or supplements federal goals."

They looked at us funny, Ajit. What are you going to do about it?

In effect, the CTIA is egging the FCC on in an effort to get it to preemptively challenge the states' ability to come up with their own rules – and hands it a legal game plan to do just that. It is pure, naked flattery with a distinct goal.

It is also highly questionable, heading straight into the age-old issue of states' rights versus federal rights. Can the FCC prevent other states from passing net neutrality legislation? No. Can it challenge their ability to impose them? Possibly – but only if the FCC is willing to push the issue.

The federal regulator would have to be willing to move from reversing its current rules – which it claims to be doing in order to lift regulatory barriers – to actively enforcing that approach and preventing others from doing so.

It would be a giant hypocritical leap, but then today's administration has shown itself even more willing than previous administrations to say one thing and do another.

The CTIA even has its own simple anecdote to explain why it makes sense for the FCC to set the rules across the entire US: a train journey.

"A passenger riding on Amtrak between Washington D.C. and New York City travels through five different jurisdictions during the course of a 3.5-hour trip," the letter argued. "If each of these jurisdictions were permitted to enforce its own rules regarding (for example) traffic prioritization, the rider’s mobile broadband usage during the trip would be subject to five different legal regimes, even if the rider spent the entire trip watching a single movie. This would be impracticable, and only underscores the risks inherent in a patchwork quilt of broadband regulation."

The argument is, of course, gibberish: internet users pull content from all over the world every second of every day with it passing through hundreds of jurisdictions. And yet somehow the internet continues to function. How? Because internet traffic is not road or rail traffic.

Whether Pai and the other FCC commissioners are able to see through such obvious, false manipulation or get seduced by the appeal to their own importance, we will have to see. Or perhaps the bigger question: how far is Pai willing to go to please the cable industry? And is he prepared to make a fool of himself doing so? Infatuation is a difficult thing to judge. ®