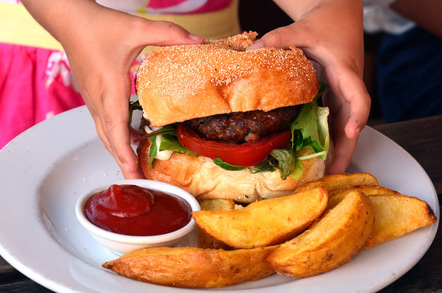 Intel and Micron have expanded their XPoint production fab in Utah, USA, as the clock ticks down to the launch of XPoint DIMMs in the second half of 2018.

3D XPoint is the Intel-Micron solid-state storage technology that's a little faster and more expensive than NAND, and not as fast nor as expensive as DRAM. The point of it is to provide bit-addressable nonvolatile capacity greater than typical RAM banks with access times faster than NAND. It available in drive form, but not yet as system memory DIMMs.

Building 60 at the Lehi plant has been extended so as to churn out more 3D XPoint chips, as used in Intel's Optane products such as the P4800X and 900P. Intel and Micron's joint venture, IM Flash, began making XPoint chips in 2015.

Today's first-generation chips have two layers, and Intel has just announced a 750GB Optane drive using them. Micron has its own QuantX brand of 3D XPoint products, but so far hasn't actually got any shipping gear.

We understand from Micron that the next two generations of XPoint are being developed. These might extend the layering inside XPoint chips from two to four, say, and then on to eight, doubling chip capacity each time. Alternatively, today's chips could be stacked to achieve the same end.

There are conflicting rumors and speculation that both routes to increase capacity face difficulties.

Intel teased part of its XPoint DIMM roadmp at a UBS Global Technology Conference on November 14. Navin Shenoy, executive veep and general manager of Intel's Data Center Group, talked up XPoint DIMMs, saying: "We are going to apply this 3D XPoint technology in the data center with DIMMs that operate much like memory DIMMs, DRAM DIMMs, do today starting in [the second half of] 2018."

The main use case is speeding up in-memory databases, by holding large chunks of records in nonvolatile RAM.

Shenoy said: "At Oracle OpenWorld, [a] few weeks ago Oracle demonstrated a 3D XPoint solution combined with Xeon Scalable [processors] and what they were able to do is show a 3TB in-memory database running 100 per cent in 3D XPoint. And that's simply isn't possible in a DRAM-only system."

We might suppose that the Oracle demo involved early samples of XPoint DIMMs.

Other usages include big-data analytics, AI training, virtual-machine hosting, and supercomputer-grade applications. Intel said Microsoft, Oracle, SAP and VMware are supporting its XPoint DIMM effort. This suggests XPoint DIMMs may require specific support in the host processor and motherboard, as well as the underlying operating system or hypervisor, to be used to full effect or at all. We could be looking at a Xeon Scalable Processor refresh as a result.

Intel needs the XPoint fab enlargement to crank out sufficient numbers of these DIMMs, and it needs to price them so that 3TB database systems using the nonvolatile DIMM memory are affordable. We have about nine months to wait. Expect more XPoint DIMM teasers to keep folks keen. Meanwhile, Samsung's Z-SSD technology may threaten to spoil Intel's party if it arrives in DIMM form. ®