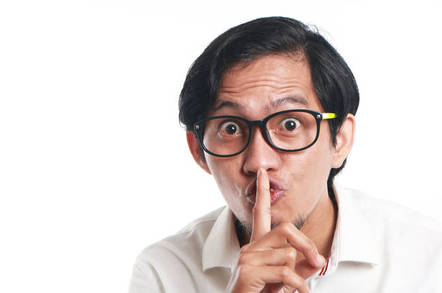 Chinese drone maker DJI faces questions from infosec researchers about its bug bounty programme. Sources have told The Register that a non-disclosure agreement (NDA) they were invited to sign would result in the company "owning their actions".

DJI's scheme to pay those that highlight security weaknesses, announced months ago in late August, promised to cough "up to $30,000" for bug reports.

Sources, including prominent drone hacker Kevin Finisterre, expressed concern the NDA has effectively prohibited them from carrying out any further work. One who spoke on condition of anonymity told us: "They own you and your actions after you sign it."

Finisterre himself alleged DJI "pretty well threatened me" by mentioning the US Computer Fraud and Abuse Act (CFAA) in the NDA forwarded to him by DJI US veep Brendan Schulman. The CFAA is the American legislation used to prosecute black-hat hackers and others who access computer systems they are not authorised to use.

"We need to sign [the NDA] before we see any bounty money. I responded that this NDA is just not signable for me and for most others in this area it is not signable too."

We asked DJI's Schulman to comment on the NDA the day before this article was published. He did not respond.

DJI itself, however, announced that it has upgraded its bug bounty scheme to a full-blown "Security Response Center", which it said had paid out $3,200 so far.

"DJI created our Security Response Center because we know our customers value their information security, and we are committed to protecting it," said Victor Wang, DJI tech security director, in a canned statement. "We continue investigating this issue, and we will share our findings as we learn more."

Security reports can be submitted to DJI via security.dji.com. ®

Earn $$$s reporting flaws even if you're too busy or bored