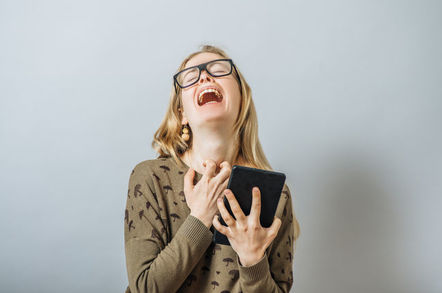 Chief exec of BT, Gavin Patterson, has admitted the British telco is struggling to make a business case for 5G investment, given the huge costs of getting the network off the ground.

Speaking at the Huawei Global Mobile Broadband Forum in London, Patterson said: “I talk to other CEOs around the world... and we’ve all been struggling a little bit to make the business case work.”

He said the shift to 5G will involve "significant investment" and capital expenditure. "We've got to finish the job on 4G, and we've got to make sure we get the return on investment [on that]."

The case for 4G was easier, as it was clear the technology would improve the poor internet experience of 3G, he said. "We've not found that yet on 5G." While the transition to 5G will also create a better internet experience, it may not be until the Internet of Things takes off that new revenue streams are identified. "Finding the use cases is the biggest challenge we have at the moment."

Some sceptics have said that 5G is overhyped, and its uptake has been driven by carriers keen to flog more kit. Mobile operators are privately less keen to push it as they will bear the costs, they claim.

Nevertheless, BT – via its mobile arm EE – has been active in testing the technology. Partnering with Chinese kit-maker Huawei, it announced the completion of the first UK lab test of an end-to-end 5G network yesterday.

Patterson said that 4G and 5G will coexist for a long time while the transition to the new technology is made. He said the firm would build its business case in next quarter, and expects services to begin rolling out at the end of 2019 once the international 5G standards have been set.

However, both EE and its competitor Three have been accused of holding up the UK's shift to 5G, after both operators launched legal challenges against the regulator Ofcom over the terms of its forthcoming spectrum auction. Ofcom head Sharon White accused the providers of derailing Britain's "golden opportunity" to take a lead in the technology.

"We have hit a bump in the road," admitted Patterson. However, he blamed Three's owner Hutchison Whampoa for acting first, after it objected that the cap on EE's spectrum wasn’t high enough. That triggered BT to launch a counter challenge.

"All we have done is defend our position," said Patterson. "The court hearing will be in a couple of months, and I think it will be resolved early next year." ®