Entanglement in the EMEA geo 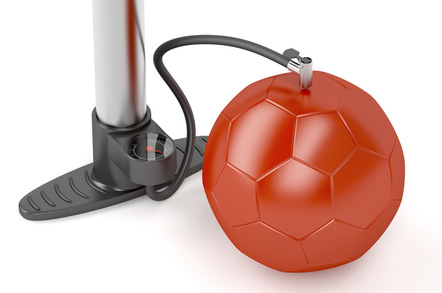 Analysis More details have emerged about the Fujitsu NetApp NFLEX converged system and about Fujitsu's HCI strategy, which might preclude it selling the NetApp HCI.

Fujitsu has agreed it has no deal planned in that direction.

Fujitsu has at least three of these:

NetApp's HCI is based on SolidFire all-flash array technology and does not use PRIMERGY servers. For Fujitsu, we could say, HCI is a means to sell more of its servers.

In theory, an implementation of the NetApp HCI could, we suppose, be built with Fujitsu's servers, were both companuies motivated enough to do it.

There are four NFLEX SKUs, pre-configured systems with a single order number:

Up to 16 x CX2560 compute nodes represents the upper compute scaling limit and up to 48 drives the capacity scaling limit. Clearly the NFLEX is a performance play and not a hgh-capacity one.

Systems can be ordered racked or unracked.

The systems are built at a Fujitsu plant in Augsburg, Germany, and shipped to custmers in the EMEA selling geography. Were NFLEX to be made available in the Americas and Far East, then manufacturing arrangements woud have to be made or shipping times from Germany endured. There are no plans currently to extend the NFLEX selling geography. ®