TensorFlow lightens up to land on smartmobes, then embed everywhere

Thanks for coming, TensorFlow Mobile, TensorFlow Lite is what the cool kids will code with now

The Chocolate Factory announced the developer preview of TensorFlow Lite in this Tuesday blog post. The post stated the release will initially target smartmobes, with later versions to target embedded devices.

Google first revealed its desire for machine learning everywhere at its I/O conference in May.

Pushing machine learning out to the devices makes sense, since it reduces latency for those running inference, and Google's not the only company to spot that. Qualcomm, for example, first announced its mobile-specific silicon, Zeroth, in 2013.

Google explained that TensorFlow Lite's architecture assumes that the grunt work of model training will happen upstream, as shown in the graphic below. 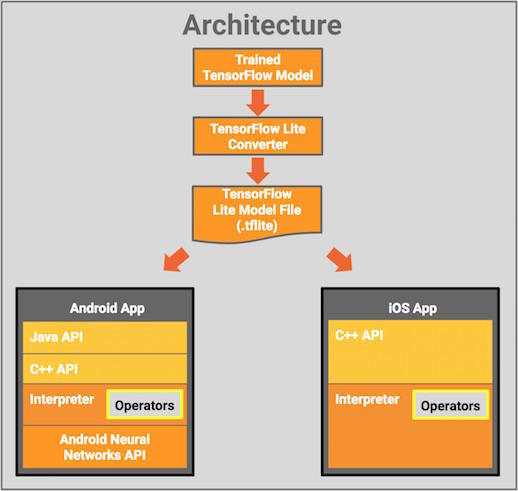 Out on the target smartphone, a C++ API (native on iOS; wrapped in a Java API on Android) loads the TensorFlow Lite model and calls the interpreter.

A fully-loaded interpreter is 300 KB, including all machine learning operators (on its own, the interpreter is just 70 KB). Google notes that the current TensorFlow Mobile is 1.5 MB.

Models available to TensorFlow Lite include the MobileNet and Inception v3 vision models; and the Smart Reply conversational model.

For now, TensorFlow Mobile stays on Google's books. Google's announcement stated that it viewed TensorFlow Mobile as the system to support production applications. However: “Going forward, TensorFlow Lite should be seen as the evolution of TensorFlow Mobile, and as it matures it will become the recommended solution for deploying models on mobile and embedded devices”. ®