Remember CompuServe forums? They're still around! Also they're about to die

From the same people who turned Yahoo! into Oath, the end of an era 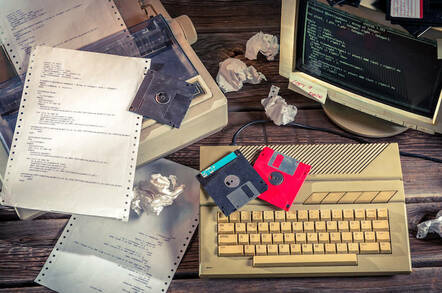 CompuServe has announced it will remove its forums on December 15th, 2017.

A notice that appeared on Tuesday, November 14th, US time, stated “For more than two decades, the CompuServe Forums paved the way for online discussions on a wide variety of topics and we appreciate all of the participation and comments you have provided over the years.”

The forums are the vestigial remains of a time in the 1990s when CompuServe offered a dial-up service that piped in content from publishers and let users chat among themselves. The service initially offered a numeric email and the forums that CompuServe's client applications made rather easier to access than Usenet.

Compuserve also maintained an impressive network of dial-in nodes, plus a dialler application that behaved rather better than others of its ilk. The service therefore became popular, especially among workers who traveled a lot in the days before mobile phones.

Those fine features could not, however, repel the World Wide Web and the new wave of internet service providers that together made Compuserve's walled garden feel restricted. The company quickly floundered and ended up in the hands of AOL, which was itself slurped by Verizon.

CompuServe has since become part of Oath, the company Verizon created to oversee AOL and Yahoo!.

The announcement of the forums' closure, depicted above and visible in the CompuServe forums here, did not explain the reasons for their demise, offering only December 15th date for their doom.

The Register expects that the forums do not represent the kind of content Oath sees as attractive to users, or a source of useful data with which to create targeted advertising