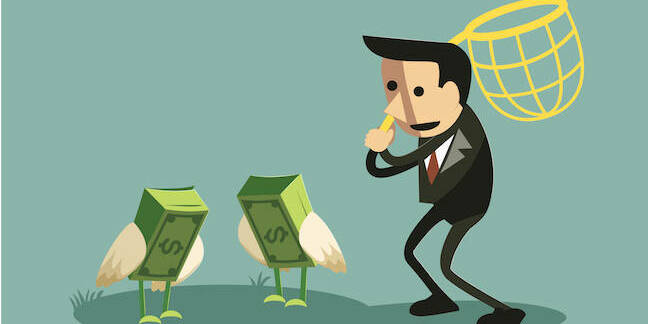 Hoping to extinguish its eleven-year cash bonfire and finally turn a profit, Twitter has introduced premium APIs to allow businesses to make better use of its trove of troll tweets – for a fee.

The hoi polloi seldom pay for anything online but developers, in particular those working for big biz, can be convinced to ante up in order to ransom valuable social media data.

Twitter for years has struck deals with partners for access to its users activities and in 2014 acquired Gnip, one of several firms sipping from Twitter's "firehose" of real-time data, to develop its enterprise offering.

The social media platform tried to reboot its relationship with developers in 2015, three years after it alienated them by changing its rules for dining on its data.

In his apology at the company's second Twitter Flight developer conference that year, CEO Jack Dorsey acknowledged that Twitter's developer policies had been unpredictable and asked for another chance.

"We want to reset our relationship," said Dorsey at the time.

Two years on, Twitter wants to refill its wallet, besides the money it tries to make from selling promoted tweet slots, aka ads. In April, it laid out an API platform roadmap, promising to make data connections more streamlined, scalable and predictable. Also, more affordable – according to staff developer advocate Andy Piper, Twitter's enterprise API was "often out of range for developers just starting to scale their businesses."

Twitter's Premium APIs sit between its free API – through which bot makers can make REST requests to promulgate propaganda and access assorted bits of user data – and the costly enterprise API – which provides real-time access to bulk Twitter info, the sort of thing intelligence agencies and brand monitoring firms might find useful.

"The new premium APIs bring the reliability and stability of our enterprise APIs to our broader developer ecosystem for the first time," said Adam Tornes, data product manager at Twitter, in a blog post. "They include a clear upgrade path that scales access and price to fit your needs."

The Search Tweets API, through which developers can query the past 30 days of Twitter data, debuted on Tuesday in beta form, alongside a revised developer dashboard. At a cost of $149/month, it's the first of what Twitter promises will be several premium APIs that are scheduled to appear in the coming months.

Twitter's enterprise pricing costs so much it dare not disclose the figure publicly; you have to ask the company to reveal the numbers.

For example, the premium Search API supports premium operators, to query things like two words within a specified proximity of one another or URLs that contain a specified word or phrase.

Developers may be able to replicate some of these functions by processing fetched data, but Twitter's fee in part covers the convenience of not having to craft that code. ®