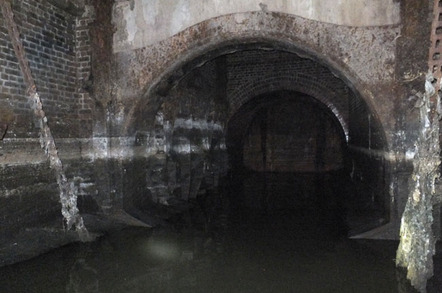 London's Victorian sewer network is to be made accessible to fibre cables under a deal between SSE Enterprise Telecoms and Thames Water.

The agreement means SSE has managed to circumnavigate any reliance on BT's Openreach network, having said it has been frustrated by the slow progress made on opening up the former state monopoly's "dark fibre" network.

Earlier this month the UK's Competition Appeals Tribunal (CAT) ruled that Ofcom had to redraft its entire approach to its proposals to force Openreach to open its unlit fibre network to ISPs. That followed a ruling by the CAT in July that Ofcom had made a series of errors when it drew up the rules.

Mike Magee, SSE director, said the company has identified a way to solve the increasing demand on its network "by leveraging the waste water network".

Richard Hill, head of property at Thames Water, said: "Our Victorian sewers are already home to a number of pipes and cables belonging to other utility companies and we're glad to also now be supporting SSE Enterprise Telecoms."

SSE operates a 13,700km private telecoms network and an estate of 15 data centres across the UK. ®