AT&T, Verizon agree to hop into bed and thrust new erections over US 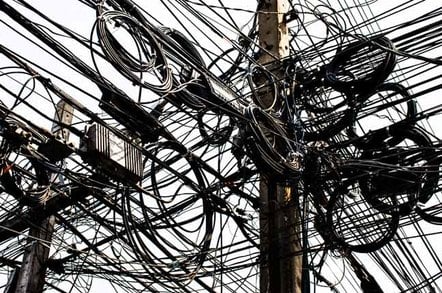 US telco giants AT&T and Verizon are joining forces to install cellphone towers throughout America.

The nation's two top mobile carriers say they will be teaming up with phone mast builders Tillman Infrastructure to put up a network of hundreds of towers around the US with the aim of using them to hold both cellular voice and wireless broadband equipment.

Under the deal, Tillman will construct the towers to specs agreed on by AT&T and Verizon, then lease them to the telcos through a coanchoring deal. The two carriers say the new towers will be built in both existing markets – to replace old towers – and in new areas where AT&T and Verizon do not yet have strong coverage.

The deal is a rare teaming-up of two companies who are otherwise fierce rivals in the mobile phone space. According to analyst estimates, Verizon and AT&T account for more than two-thirds of all subscribers in the US.

In this case, however, both companies agree that saving money on new phone towers is worth putting aside their competition. Of course, money saved equals more profit in the bank.

"We continue to focus on technology innovation and investing in the latest software platforms to provide the best possible customer experience on our network. At the same time, it is imperative to reduce operating costs,” Verizon Wireless chief network officer Nicola Palmer said of the deal.

"We’re creating a diverse community of suppliers and tower companies who will help increase market competition while reducing our overhead.”

The new towers will begin construction early next year. Once the structures themselves are finished by Tillman, AT&T and Verizon will come in and place their equipment. ®