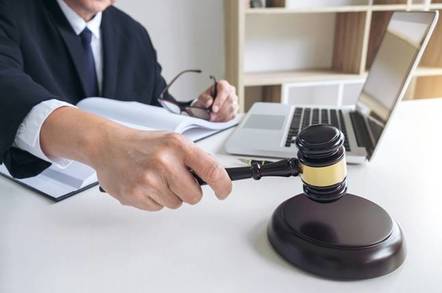 Florida-based Enigma Software Group, which touts tools Spyhunter and RegHunter that claim to remove software nasties from Windows computers, sued Malwarebytes in San Jose, California, claiming, among other things, tortious interference with its business. At the heart of the matter was Enigma's fury at having its code labeled a "potentially unwanted program" by Malwarebytes, leading to its automatic quarantining and deletion by the latter's antivirus scanner.

This week, District Judge Edward Davila dismissed Enigma's case against Malwarebytes, citing the 2009 ruling of Zango v Kaspersky which bore striking similarities to this legal bout. Then, as now, the courts sided with security companies as having a legitimate defense under the Communications Decency Act.

"The reality is that this is not only a critical win for Malwarebytes, but for all security providers who will continue to have legal protection to do what is right for their users," said Marcin Kleczynski, CEO of Malwarebytes, on Thursday. "This decision affirms our right to enable users by giving them a choice on what belongs on their machines and what doesn’t."

Enigma's Spyhunter has garnered mixed reviews because it's a free malware scanner that charges a subscription fee if you want to remove any nasties it finds. Some users have also reported that it is difficult to remove once installed.

Enigma plans to appeal the ruling. ®