Equifax Q3 results: Not as bad as you might have hoped – hack only cost biz about $87m

Sales up, profits not so much 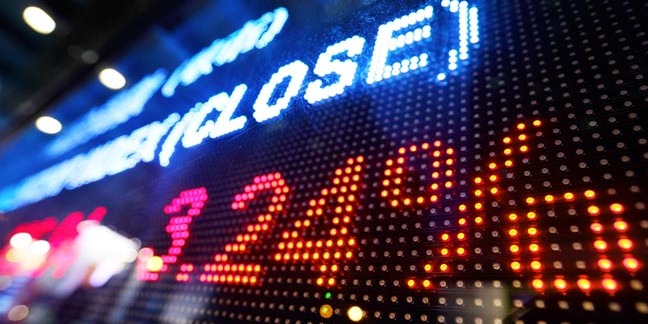 Equifax's latest financials lay bare the costly fallout from the embarrassing security breach that exposed 143 million customers' privates in the US and 15.2 million records in the UK.

Calendar Q3 numbers for the three months ended 30 September - the latter being the same month the company 'fessed up to the mega leak - include a 4 per cent year-on-year rise in turnover to $834.8m. So far so good.

"Expenses include costs to investigate and remediate the cybersecurity incident and legal and other professional services related thereto, all of which were expensed as incurred," said Equifax.

Free credit file monitoring and identity theft protection subsequently offered to all US punters from September, cost $4.7m (recorded in the consumer support expenses mentioned above) but will range between $56m and $110m in total - customers have until the 31 January to sign up to this.

The breach, caused by an unpatched flaw in Apache Struts that was blamed on one employee, happened in May but Equifax didn't go public with the news for months.

The credit reference agency, which hasn't exactly cloaked itself in glory since the breach (here or here), subsequently waved bye to its CEO and some senior techies and is now the subject of an investigation by the UK's Financial Conduct Authority.

"We recognize that we have an important journey in front of us to regain the trust and confidence of consumers and our business customers".

In years to come, scholars may use the Equifax case as the perfect way to demonstrate how not to react to nasty data burglaries. ®

We consulted. We decided to do it anyway

Would you rather health data or finance data in the cloud?

Hint: health outspends finance outfits two to one, but all vertical IT is heading cloudy. Fast