BOFH: But soft, what light through yonder window breaks? 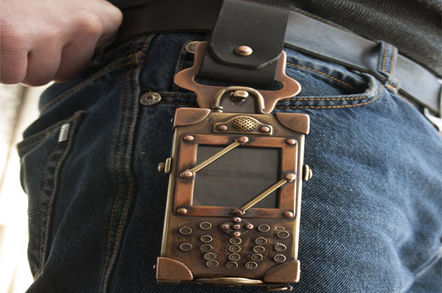 Episode 15 “I don’t know what to say,” the Boss says, looking confused.

“It’s OK, there’s nothing to say,” I reply. “It happens every year – you’ve just not been here long enough to know.”

The Boss has a dilemma. A pair of our main virtual hosts has some interoperation hardware issue which is causing them to fail over to each other occasionally and almost immediately fail back again. The PFY and I have replaced about every single piece of the kit, but to no avail. In the end we gave up and just told the Boss we’d have to bring forward the scheduled replacement of the boxes by 4 months - which shouldn’t be a problem as there’s a healthy residual balance in the capital replacement budget.

He’s dead keen because one of his KPIs is uptime and he’s veering off into non-performance territory because of the laggy nature of the services during the failover events.

The minor problem is there’s no residual any more…

“So we forecast our budget in quarters and money is made available at the beginning of each quarter.”

“And if we have any residual in the capital or operational accounts, we explain the variance in a monthly report.”

“Now this is the tricky bit – IF we have residual in either account it’s carried over to the next quarter, UNLESS it’s in November.”

“I don’t see how that’s relevant.”

“So if you’re the Director of a department and you want a Christmas bonus – for ‘achieving cost-reduction targets’ for instance – you will fillet any surplus from any accounts and offer it up to the Beancounters as a sacrifice to ensure your acceptability as a worthy bonus candidate. Only you have to show the savings BEFORE December otherwise your cost savings won’t be taken into account during the bonus discussions.”

“LET’S JUST TAKE A PEEK AT THE FINANCIALS SYSTEM SHALL WE? >tappity< So here we go, our capital replacement budget; and there’s a journal entry of 25k to a Beancounter cost centre. And from our operational, another 25k. So an even 50k – just from systems and networks. So it’s gone, and we’ll never see it again. Unless...”

“Unless there’s a compelling case to give the money back to us. Some critical project which can’t be kyboshed or delayed.”

“There is – people are complaining about response time.”

“No, that’s not compelling, that’s just annoying – and generally not annoying to the people who decide bonus amounts.”

“So what is compelling?” the Boss asks, knowing that if he can’t find a way to stop these errors...

“In the old days it was simple – something to do with the board members or something which directly impacts the financial well-being of the company in a way that cannot be sidestepped.”

“AND NOW?” the Boss blurts.

“Now the only thing left is Health and Safety.”

“Yes – to be considered compelling it needs to be something that someone could be seriously harmed by. Harmed badly enough that the company might be financially liable. Badly enough that one of the Board might be personally liable. BADLY ENOUGH THAT ANYONE WHO REJECTED A BUDGET REQUEST FOR A SAFETY FEATURE could be held liable.”

“So we need to call our servers ‘Safety Servers’?”

“No, it’s too generic and we already have safety servers. We need to respond to a clear and present threat. I present to you, our window.”

“Yes, do you know how many of your predecessors have left the company – as it were – via this window?”

“Good. In any case this is a clear and present danger. Something needs to be done.”

“Can’t you just make it out of safety glass?”

“It is safety glass, but it also pivots open.”

“We could – but then who’s to say that the lock might not work loose. How would we know – unless there was a comprehensive window safety monitoring server in place – one which monitored the state of all windows and raised an alarm with security.”

“Don’t we just need to monitor THAT window?” he asks. “That’s hardly going to be worthy of a large server purchase... That’s the only window that we’ve had problems with.”

“It is – but what if it wasn’t. What if someone were to fall from some other window? Now while we’ve been talking the PFY has been putting together a business case for this monitoring service which we believe you should present to the Director for approval.”

“True – which is why we’re giving you this window key.”

“WHAT? YOU’RE PROPOSING I PUSH HIM OUT THE WINDOW.”

“Why not – it makes perfect sense. He falls out the window after refusing to sign off a budget to prevent people from falling out windows. I can GUARANTEE YOU (a) the irony will not be lost on anyone and (b) no one above him in the food chain will refuse to sign it off.”

“So you’re really proposing this?”

“It’s your choice,” I say, handing over the key.

Meantime, the PFY and I get a pre-sales guy in to see what sort of servers we MIGHT buy, if the project gets off the ground. Or to the ground, if you’re the Director.

"This one has hot swap memory," the pre-sales guy says, pointing at the motherboard

"It also has dual BIOS."

"And it comes with these designer belts with a 128 gig USB3 stick built into the buckle."

"Ahem," I interject. "Do the belts come in jet black and hide brown?"

“Make that six,” the Boss says, wiping his fingerprints off the window key before dropping it in my drawer.