Alexa, please cause the cops to raid my home 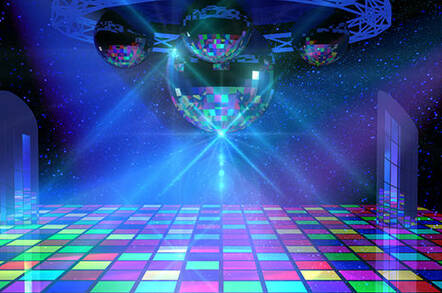 We all assume that intelligent devices will either serve our every need, or try to kill us, but what if they just want to party?

Well, it could work out pretty expensive as Oliver Haberstroh found out when his Amazon Alexa started its own early-hours party – waking up, and blasting music automatically, while its owner was out of the apartment.

The noise was so bad that Haberstroh's neighbors in Pinneberg, just outside Hamburg in Germany, banged on his door and asked him to turn it down. When he failed to respond, because he wasn't in that night, they called the police, and just over an hour later they also banged on the door but elicited no response.

Concerned that something terrible may have happened, the cops then kicked in the door to discover nothing but Alexa rocking out on her own.

The cops turned the music off, replaced the lock with a new one and left, leaving Haberstroh very confused when he arrived home to find that his keys no longer worked. A quick visit to the police station later and he received the keys to his new lock along with a 500-euro ($582) invoice.

Haberstroh swears he didn't turn the device on, nor use his smartphone to instruct the gizmo to blast the music, leading to speculation about what happened and whether we can all expect to spend the rest of our lives listening to smart-home apps party in the wee hours.

"While I was relaxing and enjoying a beer, Alexa managed on her own, without command and without me using my phone, to switch on at full volume and have her own party in my flat,” he wrote, in German on his Facebook page.

Part of the answer has come from Alexa's log – which Amazon shared with a German newspaper, with Haberstroh's permission. It shows that the digital assistant start blasting music from the Spotify app just three minutes after he had left his apartment.

It meant that he was a sufficient distance away not to hear the cacophony inflicted on neighbors but was quite possibly still close enough to accidentally trigger Alexa while trying to listening to Spotify on his mobile phone.

Here's our speculation: he hit play on Spotify on his phone, setting Alexa off, then started walking and left his Wi-Fi or Bluetooth range, leaving Alexa to rock out by herself. Haberstroh isn't sure what happened – as he made plain in the Facebook post that he has since taken down after the story gathered nationwide and then worldwide attention this week.

Fortunately for him, Amazon has offered to pick up the 500 euro tab for Alexa's weekend party as a sign of goodwill. Although whether his neighbors will be as forgiving is yet to be seen. ®