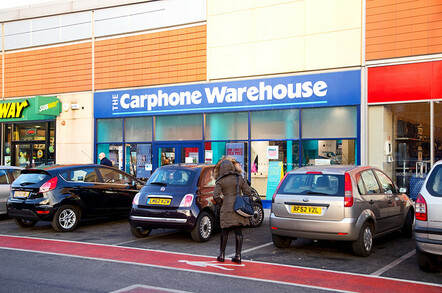 Carphone Warehouse was given a particularly withering stare by the Advertising Standards Agency in a ruling handed down today concerning one of its radio adverts.

The ad, played back in July, claimed that customers could save an average of £152 by using the Warehouse over its major competitors. However, while its other adverts had made clear this comparison referred to O2, Vodafone and EE, the radio version did not. A complaint was then made about how quietly excluding Three from the "major competitors" of the radio version could be misleading.

In response to the complaint, Carphone Warehouse argued that Three didn't have enough customers to be a "major competitor", and that including Three in its comparison would not change it meaningfully. It also proposed that because the advert was only 20 seconds long, the time constraint could be considered a mitigating factor.

The ASA ultimately upheld the complaint, saying that Three should be considered a major competitor by virtue of operating its own network, like the trio of brands Carphone had used for comparison. Without a more precise definition, the Warehouse had created a potentially misleading advert.

According to the ruling, Carphone Warehouse must not use the ad without changes, and it must ensure that it makes the basis of its claims clear. ®