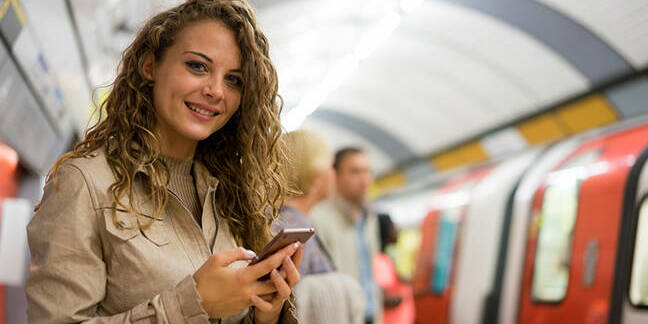 Mobile phone data could be used to gather information on people's workplaces for future censuses as the government tries to cut the cost of producing population statistics.

The census is crucial for understanding the UK's population and has been run around every ten years since 1801. Residents are legally required to respond to the paper-based questionnaire.

But the government has tasked the Office for National Statistics (ONS) with making better use of different sources of data, including information that the government already holds.

A 2014 review into the future of the census found that current methods were outdated and expensive, and said censuses after 2021 should use "other sources of data".

The ONS has since been beavering away to figure out how to use administrative data to produce population and household statistics that can be used as an alternative to the census.

One such project used aggregated mobile phone data from network operator Vodafone to track commuter flows, in the hope it could be used to replace the travel-to-work information included in the census.

Location and timestamp data was collected for contract users known to be over 18, across three London boroughs over a four-week period in March and April this year.

Home locations were identified by looking at where the phone was located during the night or when it was switched on in the morning, while workplaces were based on where the phone was found between standard working hours, as long as the user had been there more than twice a week.

The ONS team then compared their findings to the information collected in the 2011 Census.

It concluded that there was a good correlation for longer-distance commuter flows – although the mobile phone data seemed to underestimate travel to work.

One way to fix this, the ONS said, would be to remove the constraints of implied standard working hours so it included people like night-shift or weekend workers who will have different patterns.

The ONS said that it was likely the method was incorrectly identifying many people as workers – especially as it is predisposed to miss people who work from home.

The non-workers identified might be students or people who visit local shopping areas twice a week, the ONS said. One way to correct this could be to look at movement across longer time periods and compare term time and holiday time stats.

Another idea is to break down the results into smaller areas, and the ONS said it planned to look at subsections known as middle layer super output areas (MSOA) to see if there is a better correlation to 2011 data when assessed on a smaller area.

Looking at the MSOA level might also help tackle another area where the mobile phone data results didn't marry up to the 2011 Census: transport. The phone data underestimated rail journeys at a local authority level, the ONS said.

The body is taking feedback on the trial, and emphasised that any plans to use mobile phone data for large-scale production of official statistics "will involve extensive evaluation including privacy impacts". ®