Give us a bloody PIN: MPs grill BBC bosses over subscriber access

Now that's a hard one 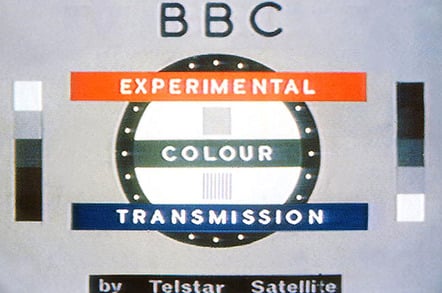 Sketch With the TV landscape changing faster than some viewers change their socks, today's marathon grilling of BBC bosses at Westminster took on some urgency.

Amazon and Netflix are already here in millions of UK households – and Apple is coming, reportedly making a multibillion-dollar investment in studios and material. So although the Culture Select Committee quizzed Director General Tony Hall and his deputies on subjects ranging from bullying, to women's pay, to the regions, the sharpest questions were on the future of the licence fee in a subscription world.

Hall admitted that the BBC's Store had been a mistake. He had ordered it to be snuffed out ASAP.

"We went into download-to-own when the market looked like people will hold [material] in some digital space but still think 'it's mine'. A number of people thought that was the right way to go. I was insistent that BBC WorldWide got out of it quickIy and we did," Hall said.

Hall was responding to the paradox that to watch old BBC shows you may be able to find them on Netflix but otherwise have to hope they sail by on UKTV one day.

"What Amazon has done is utterly brilliant and has transformed the way we do things," he said. There wasn't an imminent fix for this.

MPs repeatedly pressed the bosses on the revenue dilemma posed by the OTT services like Netflix. Why not allow licence fee payers to log in using a simple PIN number? Hall said this would be a "real challenge" then delegated answering follow-ups on this to his deputy, Anna Bulford OBE.

The OBE was on her name card.

It's funny you should say that, MPs countered, because Netflix seems to manage with a PIN or simple sign-in.

"Netflix don't begin from where we are, with 26 million homes who are paying," replied Bulford.

But surely, interjected committee chairman Damian Collins, that would be more effective than "vans and knocking on the door to check whether you're using your iPad"?

Surely in the 21st century, Collins said, wouldn't it be better to move away from "heavy-handed enforcement" with licence fee collectors who have been set revenue targets? Another chipped in: technology made revenue collection easy. If punters weren't paying then they couldn't access BBC services. Enforcement problem solved.

"There's a database of licence fee payers and a database of iPlayer users," Hall said. "We would like to [match them] over time."

So why was it so difficult to do this? the Committee wanted to know. Hall had just told them: "I can't stress how important using data is."

"It's not [easy] if you're building a subscription service from the beginning," Bulford explained. "Most viewing is consumed on linear. Getting the two [databases] to speak to each other is not impossible," she said, making it sound jolly difficult all the same.

Still, MPs wouldn't give up. "It seems to me you have one list for the licence fee and one list of people for IP."

"We want those two lists to speak to each other," Hall replied.

By now even MPs who had said nothing had noticed something was fishy, and piped up. Julie Elliott (Lab, Sunderland C) said she paid two licence fees, found the iPlayer login a "nightmare", and couldn't understand why a PIN was so hard to introduce.

"The linking between the two is not as straightforward as on the face of it as it may seem," replied Bulford. It had now become as Herculean a task as anyone had ever imagined – possibly even harder than solving the Goldbach conjecture or Collatz problem.

She ducked the question of whether they could be linked within five years. One got the impression a boffin somewhere would have cracked room temperature cold fusion before the BBC management would even countenance the idea of individual subscriber access.

This exchange marked a noticeable shift from previous encounters. Like this one, for example. Four years ago MPs may have regarded the case for subscriptions made by broadcasting executive David Elstein as a sinister plot to destroy the BBC, and therefore civilisation as we know it. Now they feared the opposite: if the BBC didn't actually wake up and embrace the modern world, without subscriptions, it would have genuine problems.

"Where will you get your revenue from?" asked Powell, pointing out that with low consumption among the young, who are very used to paying subscriptions, the market would have decided for it.

"That's why the value proposition to young people is so important," Bulford replied.

Hall's strongest argument was based on predictions from Mediatique analyst Matthew Horsman that there may be a serious long-term shortfall of investment in shows about Britain made in Britain. Amazon, Sky and others would only plug half of the annual £500m shortfall Horsman predicted.

"The recent announcement by Apple that it will spend c.$1bn on long-form content is likely to fuel price inflation," Horsman points out in a new report (interesting PDF).

"A decade ago, premium high-end drama might have cost the equivalent in today's money of £1m an hour; in 2016, HBO was spending a reported $10m (£7.5m) per hour on Game of Thrones – sustained by underlying business models."

A few years ago Elstein had argued that even if 20 per cent of adults refused to pay for the BBC at all, if 40 per cent paid more than the telly tax, and 10 per cent paid three times that, the BBC would have over £5.1bn in cash to play with. He didn't think that was unrealistic, given how much better value the BBC catalogue is compared to the wastelands of Netflix and Amazon.