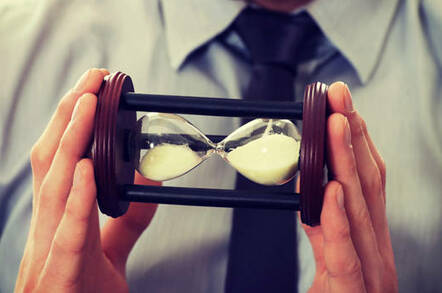 Plans to introduce a Europe-wide patent court may be delayed still further after the German parliament, government and patent lawyers asked for an extension on submitting responses to a legal challenge.

The Unified Patent Court (UPC) have been on the books for five years, and was supposed to be in place by 2015 although it ran into delays. This June, just days before Germany was due to officially sign off on the system, a legal challenge, which claimed the UPC would break German law, put its deployment on hold.

Specifically, that legal challenge before Germany's Federal Constitutional Court (FCC) flagged three main problems with the plan: that it was not properly voted on; that the UK's decision to exit the European Union changes things; and that "reforms" at the European Patent Office (EPO) have undermined the independence of the system. (For much more detail on this, see this post.)

Initially, the legal challenge was dismissed as little more than a nuisance, with the man in charge of implementing the patent court system declaring he expected the UPC to start rolling out this autumn with it becoming fully operational in "early 2018."

That demand had a deadline of October 31. The FCC has now confirmed that following requests for more time, it extended that date to the last day of the year.

That is a sign, patent experts say, that the issue is not as simple as many hoped, and the UPC is unlikely to emerge at all during 2018, and may be delayed to 2019, 2020 or even further.

The exact timeline is impossible to divine until the FCC takes its next step. The constitutional court could simply throw the complaint out – although that is looking increasingly unlikely, given it extended its deadline: it is clearly interested in weighing up responses to the complaint.

Much more likely is that the court either runs the complaint through its usual processes, or refers the question up to the European Court of Justice (ECJ). If the German court decides to take on the case and make its own decision, it is likely to decide in mid-2018. Assuming it rules that the UPC is in fact constitutional, that would point to a 2019 launch.

If the court decides to refer the issue to the ECJ – which it very well might given the Europe-wide scope and impact of any decision – that will add at least a year to the process, so the UPC will likely not arrive until 2020, in that case.

However, all that presumes that the case will fail. And it is far from likely that it will.

The German procedural argument is a pain but could be relatively easily overcome by the German government running through another voting process. With the appropriate political pressure applied, it should pass.

The Brexit issue is much more complex, however. In order to come into force, it is a requirement that France, Germany and the UK ratify UPC. France has already done so. Assuming Germany does, that leaves the UK. And the UK is planning to leave the European Union in 2019.

The terms of Brexit are still notoriously uncertain. Literally no one has any idea how the UK's relationship with Europe will work on any level. And that uncertainty places a big question mark over the UPC. Even if the UK ratified the current version of the UPC, and it has indicated it may well do, it's not clear that it would work legally given the UK's changing status.

Any attempt to adjust the rules would likely require going back to the drawing board and probably require everyone to re-ratify the new agreement – something that would take years.

And lastly, there is the issue with the European Patent Office, which has championed the UPC. Reforms imposed by its deeply unpopular ongoing president Benoit Battistelli may have undermined the independence of the judges required to run the unified court. And if that is found to be the case, the EPO would need to reverse course on its shakeups: something Battistelli will almost certainly refuse to do.

That means no progress can start to be made until his term ends in July 2018, and any changes are then likely to take some time, pushing the UPC start date to 2019: just in time for Brexit to kick in.

In short, it's an unholy mess.

And talking of unholy messes, King Battistelli continues to infuriate EPO staff and political circles. This time, it is Benoit's decision to take on a political role as deputy for culture in his home district of Saint-Germain-en-Laye, just outside Paris, France.

Aside from the fact that Battistelli is supposed to stay away from any political role while head of an international organization, the rumor in EPO circles is that Battistelli is applying pressure on the EPO to hold its annual inventor of the year ceremony – which will take place one month before his term at the EPO ends – at his preferred location. You guessed it: Saint-Germain-en-Laye. ®