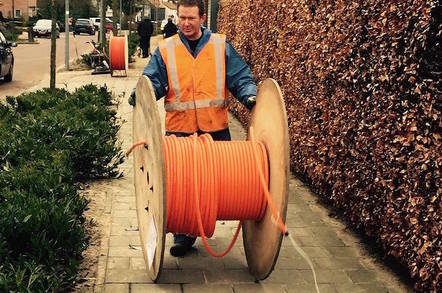 Virgin Media will fall significantly short of connecting 800,000 new customers to its ultrafast Project Lightning broadband in the UK this year – a target set prior to the firm's mis-selling scandal – according to its third-quarter preliminary results.

In the three months to September, the cable operator added 147,000 Lightning premises taking its cumulative connections to 943,000 since the programme began.

Its final target for the £3bn project is to connect 4 million premises by the end of 2019.

In July, the BBC's Watchdog programme found that customers in some areas receive 3 per cent of the 200Mbps speed they were originally sold. That followed an admission by Virgin in March that it had overstated the rollout by 142,000 premises – a move that led to the suspension of four staff and a reshuffle of its top brass.

Virgin Media is in the process of making 226 staff redundant and closing 30 branches. Insiders have claimed the redundancies were due to the UK ISP exaggerating the number of its superfast broadband Lightning connections.

Nor did it provide an update on the long-running latency issues with its Intel Puma 6 CPU SuperHub 3.0.

It described the launch of its 36-month payment plans for the iPhone 8 in the UK in last month as "innovative". However, Virgin did take flak from regulator Ofcom for the payment plan, which said it had concerns about the transparency of Virgin's contract terms. ®

It's true – it really is grim up north, thanks to Virgin Media. ISP fined for Carlisle cable chaos