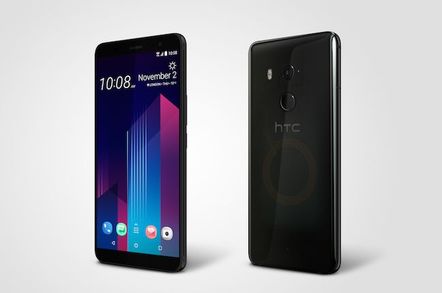 Hands On HTC will have two new devices in the stores this month, and insists it has held onto a sizeable phone division, even after the reassignment of 2,000 HTC staff to the Chocolate Factory.

"It's more of a partnership" an HTC staffer told us.

The partnership does include slapping Google's dud AndroidOne brand on one of its devices for the first time - and it's also the first time the Landfill™ brand has been used in mature Western markets.

AndroidOne was the branding initiative from Google in 2014 intended to bring conformity and quality to the landfill Android market in emerging markets like India. It failed, but curiously Google has revived it, not for sub-$100 phones, but for mid-rangers in mature markets, like the HTC U11 Life, announced today.

HTC U11 Life. Perhaps a misprint of Lite? 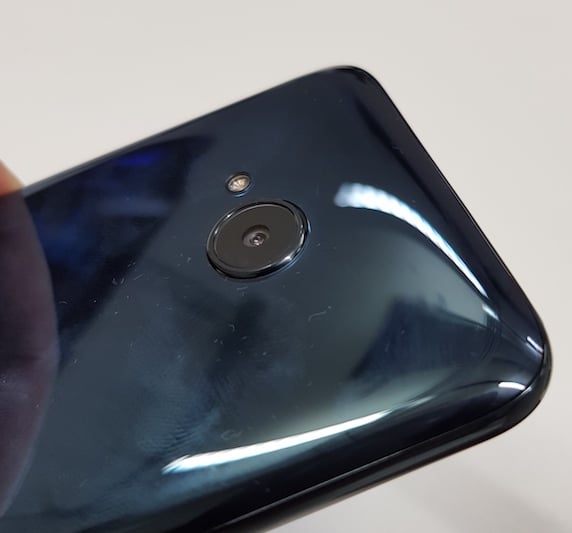 Life not Lite. Not a typo, apparently. 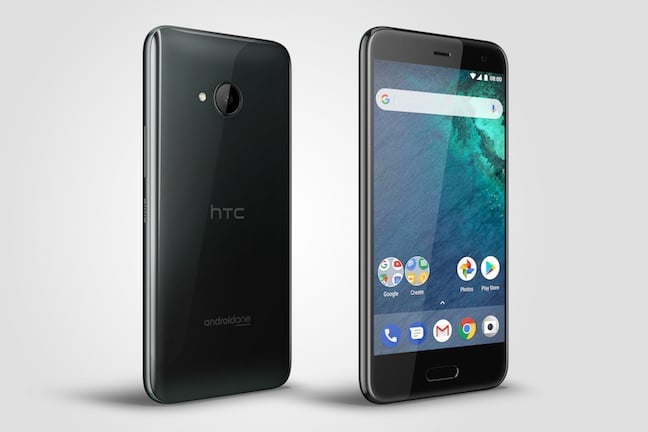 The Life variant comes in two blues and a black

The U11 Life is a 5.2-incher that uses Qualcomm's parsimonious Snapdragon 630 chip and will retail for £349. The hardware is fine: it packs in the squeeze function and HTC's audio smarts into a much cheaper package. The device features multilayer glass backs - a smudge magnet, as you can see and it meets IP67 dust and waterproofing specs. A 16MP main shooter lets in plenty of light (f/2.0).It's HiRes audio certified.

The ultra generic stock skin over Oreo means you could be using anything, though. Which some will like, others will find lacking in any character at all. Monthly security updates are promised for AndroidOne-branded devices.

The AndroidOne version will launch worldwide, but T-Mobile USA gets the Sense version exclusively. HTC told us that carriers will get the 4GB/64GB version while the rest of the distribution channel will flog 3GB/32GB versions. 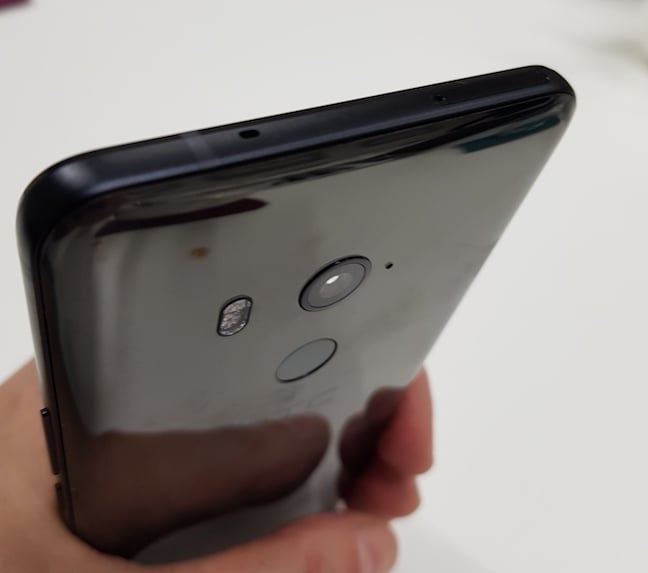 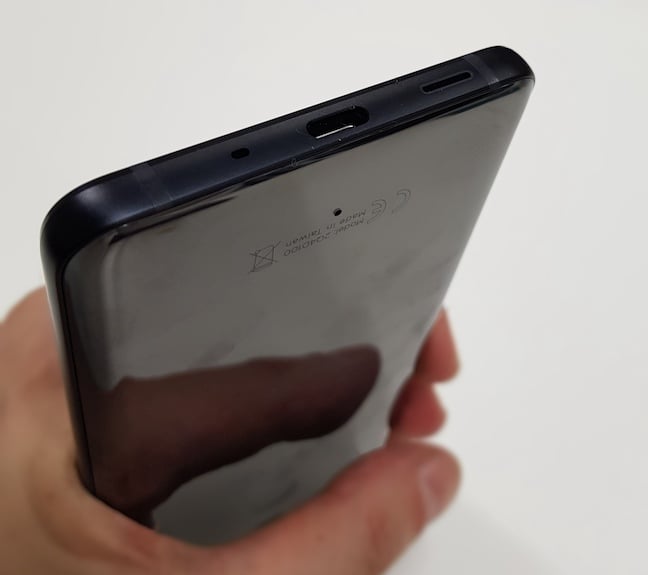 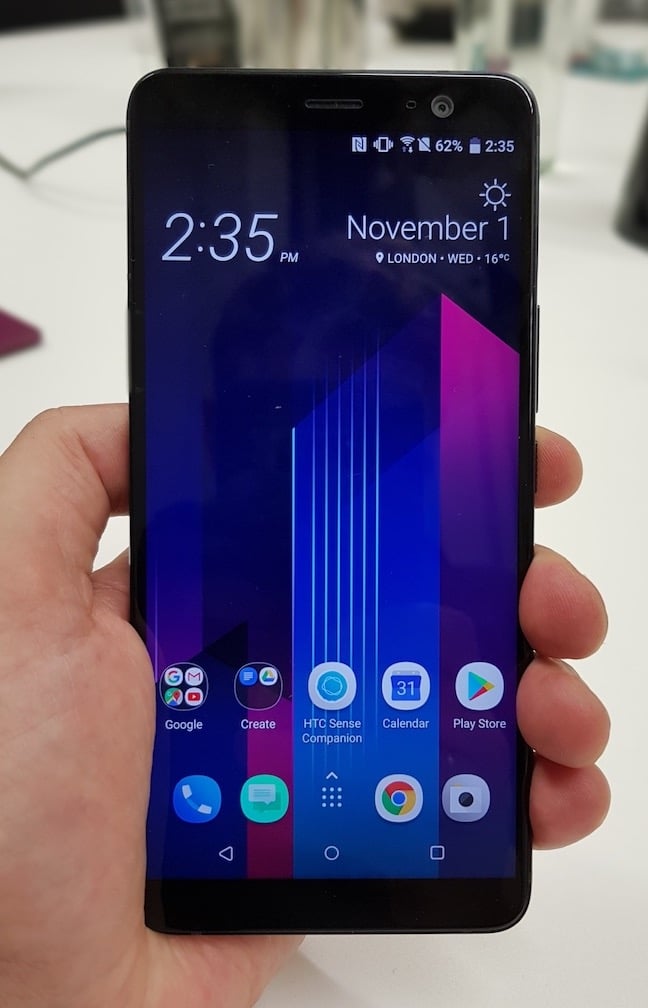 Also announced the same day, the HTC U11 Plus takes the winning formula of the HTC U11 flagship and puts in a bigger (6-inch diagonal display) body. I liked this phone a lot, and so did most other reviewers. Well, £699 should get you an U11 but even more so: the Plus has better sound (30 per cent louder, HTC says) and a much longer battery, with a 3930 mAh battery pack. It's a hefty 188g, and folllows the 18:9 (aka 2:1) 2800x1440 QuadHD+ format popular this year. Although it's a pity that HTC moved the DAC out of the phone (it's in the bundled USB-C to audio jack dongle) this year, it still lives up to billing as one of the best out of the box sound experiences on the market. The U11 is one of small handful of DCI-P3 colour-capable displays.

The imaging story is strong too, with full-sensor phase detection AF added to the Plus, and very good audio on the videos it captures.

There are two new colours, a "Ceramic Black" (which is made of multilayer glass, not ceramic) and a "Translucent Black", which makes a design feature out of the NFC coil. The latter won't come to Europe until next year (maybe) and will be an HTC retail exclusive. All SKUs should feature 128GB and 4GB. 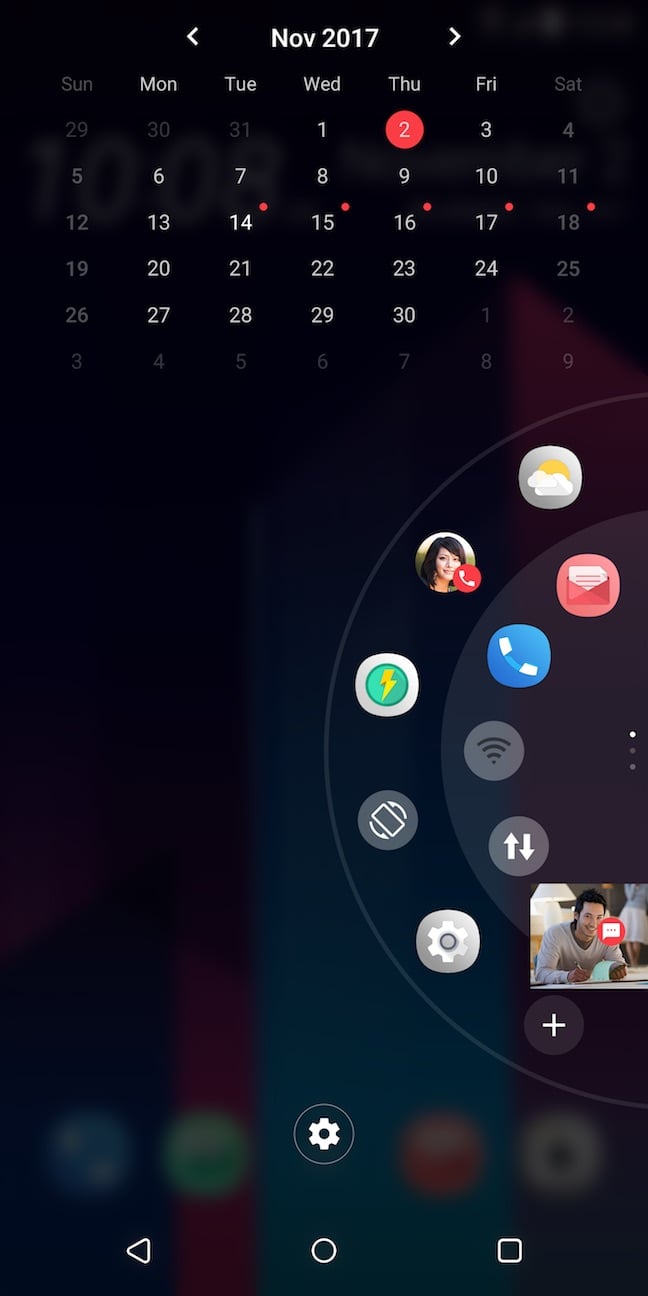 The HTC U!1 features an "Edge Launcher", which can be invoked by squeezing the device. Both new U11 models are squeezable. Pic: HTC

Both should be available this month. If you want decent audio, particularly at a midrange price, Sony and HTC are still your best bets. ®