Prosecutors 'could bring a case next year' 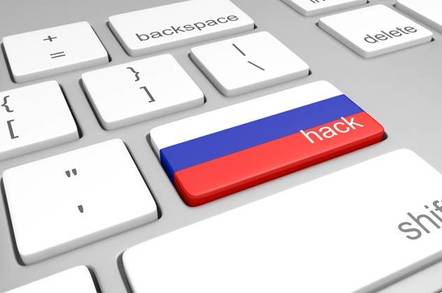 The US government has identified "more than six members of the Russian government" involved in hacking the Democratic National Committee's computers and leaking information during last year's presidential election.

The Wall Street Journal reports that Justice Department officials are in the early stages of deciding whether to bring charges in the high-profile case. "Prosecutors and agents have assembled evidence to charge the Russian officials and could bring a case next year," unnamed sources told the paper.

Publicly released forensics work by incident response firm Mandiant has identified tools and techniques used in the hack associated with the APT28/Fancy Bear group, otherwise identified as a unit of Russian Military Intelligence (the GRU).

The allegation, strongly denied by the Kremlin, is that Russian snoops ran a campaign aimed at influencing the presidential election. US intelligence agencies are virtually unanimous on that point but not so clear cut as to whether the campaign was aimed at getting Donald Trump elected or just weakening the authority of runaway favourite Hillary Clinton.

Emails and other data harvested from the Democrat campaign, as well as the emails of Clinton campaign chairman John Podesta, were released through Wikileaks and other outlets.

The WSJ adds that the case might be compared to the decision back in March to charge two Russian operatives and two other suspects with the Yahoo! hack.

Compiling a dossier on DNC hack suspects is running separately from special counsel Robert Mueller's investigation into alleged Russian interference in the 2016 election. The latter probe is actively examining allegations of possible collusion between Trump campaign officials and Moscow. President Trump has repeatedly denied any impropriety in his campaign, accusations he has angrily and repeatedly dismissed as fake news and an attempt by the Democrats to avoid accepting responsibility for a losing campaign.

Earlier this week money-laundering and tax-avoidance charges were unsealed against former Trump campaign chairman Paul Manafort and his associate Richard Gates. Both deny any wrongdoing.

Charges against Russian officials in the more technically slanted FBI investigation, which began before the Mueller probe, are unlikely to lead to arrests. The US strategy of naming suspects in high-profile hacking cases is more an act of diplomatic pressure.

Five Chinese military officers were publicly named back in 2014 over allegations that they systematically hacked the computers of US tech firms and others in order to steal intellectual property and trade secrets. The Chinese government denies the allegation and none of the five have actually been arrested. ®