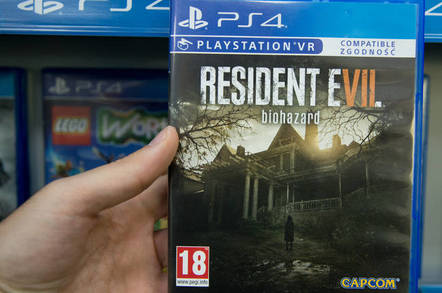 The United States Central Intelligence Agency has released a new trove of documents from computers found in the Abbottabad, Pakistan, compound at which Osama Bin Laden was killed in May 2011.

Interest in the trove was so high that the agency's servers fell over. At the time of writing www.cia.gov/library/abbottabad-compound/index.html quickly flashes “The Abbottabad files are temporarily unavailable pending resolution of a technical issue. We are working to make the material available again as soon as possible” and then flings you back to the CIA home page.

But even without access to the trove we can learn a few things about the mass-murdering terror mastermind. Valve Corporation, which offers the Steam digital distribution platform beloved of computer games buyers, saw enough to declare Bin Laden or his hench-goons had an account on the platform.

The CIA's announcement of the new trove also reveals a bit about Bin Laden's digital life, as it lists documents that it didn't release because they are copyright works.

That list tells us that Osama's computers included several documentaries about himself, the David Attenborough doco “BBC Great Wildlife Moments”, films including “Antz”, “Chicken Little” and “Cars”, plus games such as “Final Fantasy VII”.

Also listed is “Resident Evil”, which is utterly appropriate, although the CIA doesn't say if it found the game, the film, or both.

The agency has also decided we can be spared malware and pornography from the trove.

If the CIA manages to get its servers back up and more tech-related material emerges, we'll let you know. ®

Is Emmental? Probably a bit

The song remains not quite the same