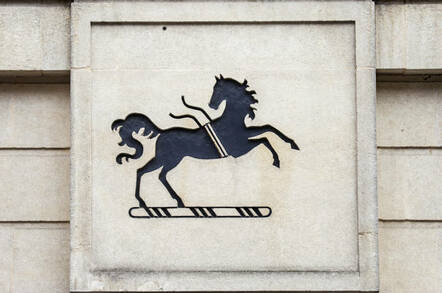 Lloyds Bank, Halifax and Bank of Scotland’s online and mobile banking services have all gone down this morning, leaving a trail of angry customers in their wake.

According to DownDetector, the major problems started as early as 9.40am on Thursday morning, with more than 2,000 reports coming in across all three banks.

Hundreds of disgruntled Brits took to anger echo chamber Twitter to complain. Some moaned they couldn't log in to their accounts, and many that managed to get in reported they were then told there were no accounts for them to access.

@AskLloydsBank All my lloyds accounts are missing from my App. Does that mean you have written off all my debt? lols

The banks have all 'fessed up to problems, and revealed on social media that they are “working hard to resolve” the issues.

Lloyds and Halifax both said that they were aware of glitches affecting online banking and their apps, while Bank of Scotland said that it was aware of problems with “online services”.

Hi, I'm BJ. We're aware of the current issues when accessing our site/app. We're working to resolve this ASAP.

However, Lloyds told users that it “does not have a time frame” for when the services will be back up and running.

We don't have a time frame at the moment, sorry. ^BJ

To the continued frustration of customers, Lloyds Banking Group has suffered repeated outages in recent months. And at the start of the year it fell victim to a DDoS that led to a two-day outage.

The glitches have coincided with the company’s plans to cut UK-based staff - a process that started in 2016 - and offshore thousands of jobs.

That’s part of a deal inked with IBM to outsource management of its data centres to Big Blue, as part of efforts to improve customer service slash costs.

As revealed by The Reg back in June, this will see IBM pay for the data centre assets and then charge Lloyds for the ongoing management.

Lloyds Banking Group did not immediately respond to request for comment. Many PR departments up and down the country these days prefer to delay responses until they've fixed the cause of the outage. ®

LBG has sent us a statement:

"We are aware that some of our customers are experiencing problems logging in to internet and mobile banking. We apologise for any inconvenience caused and are working to resolve the issue as quickly as possible."