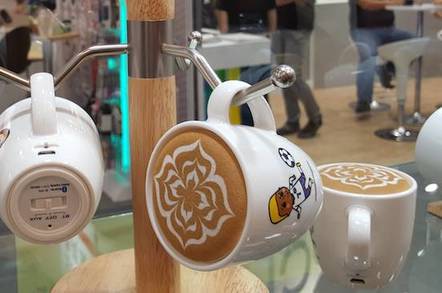 The tech is conceptually simple: an Android device Bluetooth Low Energy (BLE) gets the job of advertising and discovery, then ye olde Bluetooth handles pairing.

The guts of it are of course more complicated.

For starters, Bluetooth devices need to be built to run Fast Pair. Android devices need to have Bluetooth and location services turned on. A trip to Google's cloud is required, too, as the company says that once BLE finds a Fast Pair packet “is sent to our servers to get back the device's product image, product name and companion app (if there is one).”

Next comes a prompt to Pair, including those device details sourced from Google. If users agree to pair, classic Bluetooth makes the connection.

Google says the tech is not just faster, but easier to use and avoids connecting to the wrong Bluetooth device.

Perhaps more importantly, it's already convinced Plantronics and Libratone to bake Fast Pair into actual product. The company has also shouted out to other Bluetooth kit-makers keen to use the tech too, listing cars, speakers, keyboards and mice among the devices it wants to work with,

Fast Pair appeared in Google's new Pixel 2 and Pixel 2 XL phones, but is now rolling out to Android 6.0 and later.

There's no sign of licensing or promotion programs, but The Register reckons it won't be long before Google starts to slap stickers on Bluetooth kit that can use Fast Pair and makes a virtue of it's presence in Android and third-party products. ®