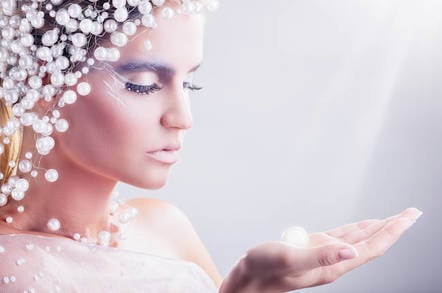 Sanitized ... Showing you actual Perl code was deemed too terrifying

Poll Developers really dislike Perl, and projects associated with Microsoft, at least among those who volunteer their views through Stack Overflow.

The community coding site offers programmers a way to document their technical affinities on their developer story profile pages. Included therein is an input box for tech they'd prefer to avoid.

For developers who have chosen to provide testaments of loathing, Perl tops the list of disliked programming languages, followed by Delphi and VBA.

The yardstick here consists of the ratio of "likes" and "dislikes" listed in developer story profiles; to merit chart position, the topic or tag in question had to show up in at least 2,000 stories.

Further down the down the list of unloved programming language comes PHP, Objective-C, CoffeeScript, and Ruby. 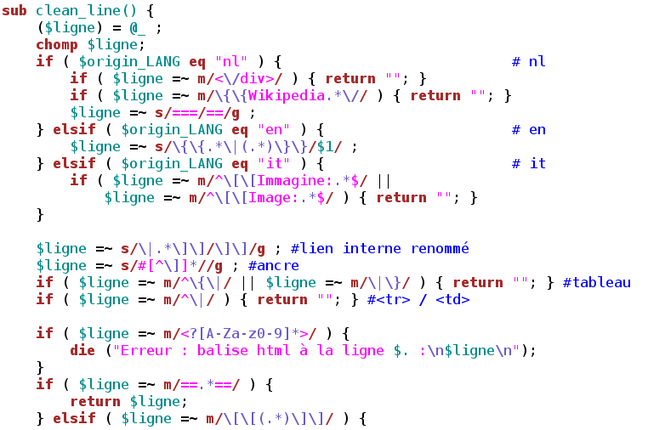 OK, OK, if you insist ... Some example Perl code (Click to enlarge)

In a blog post seen by The Register ahead of its publication today, Stack Overflow data scientist David Robinson said usually there's a relationship between how fast a particular tag is growing and how often it's disliked.

"Almost everything disliked by more than 3 per cent of Stories mentioning it is shrinking in Stack Overflow traffic (except for the quite polarizing VBA, which is steady or slightly growing)," said Robinson. "And the least-disliked tags – R, Rust, TypeScript and Kotlin – are all among the fast-growing tags (TypeScript and Kotlin growing so quickly they had to be truncated in the plot)."

Functional programming language Clojure represents an exception to Robinson's rule: almost no one expressed dislike for it, but it's still one of the most rapidly shrinking tags on the coding site. The same goes for Matlab.

Robinson speculated this is a consequence of the limits of Stack Overflow's data for measuring sentiment. We've embedded a poll just below for you to make your voice heard in the great programming language hate debate...

Let it be noted that operating systems, platforms, and libraries were not counted in Stack Overflow's tally of programming language contempt.

When the ire analysis expands beyond programming languages to technologies overall, Microsoft products fared poorly. Internet Explorer and Visual Basic topped the list of most disliked tech tags, followed by Cobol, Flash, Asp-Classic, and Microsoft. For what it's worth, Apple makes an appearance further down the list.

Robinson is careful to emphasize that this should not be construed as an assessment of product quality or popularity. "It is simply a measurement of what technologies stir up strong negative feelings in at least a subset of developers that feel comfortable sharing publicly," he said.

Another section of Stack Overflows data focuses on tech rivalries, measured by correlations between liked and disliked technologies. For example, if you really like Linux you're likely to dislike Windows. Other likely oppositions of this sort include: Git and SVN, backend and frontend, R and SAS, asp-net.mvc and webforms, and OS X and Windows.

Take from this what you may: it's perhaps worth noting that The Register proudly runs on Perl. And as always when picking a programming language, forget the haters and evangelists, and use common::sense; ®