Google's phone woes: The Pixel and the damage done

Hardware is called hardware for a reason 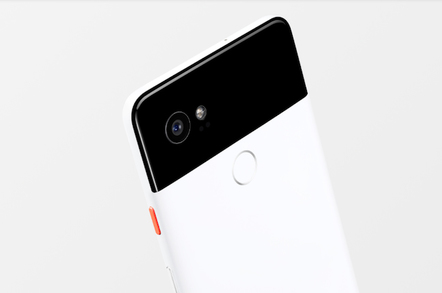 Analysis In recent years, China's high-tech production miracle and globalisation have made it easy – perhaps too easy – for an outsider or newcomer to dabble in hardware.

The ease of producing hardware with your brand on it might have been too seductive, tempting companies into doing the rest of the operation on the cheap. There's more to becoming a hardware manufacturer than having a design brainstorm on beanbags, signing an outsourcing contract with someone in Shenzhen, and then blowing a shed load of money on ads.

Google did much more than this with its Pixel smartphones, of course. But its Pixel 2 problems are now so varied and extensive that it risks the reputation of the entire venture. Unlike Amazon, which withdrew with a bloody nose never to return to smartphones, Google has much more at stake.

"These [software patches] will not repair the reputation damage which is likely to keep the few potential buyers that there are at bay," reckons analyst Richard Windsor, who obliges by listing the "seemingly endless" problems here.

It's peculiar, largely because this is not Google's first or even second generation of devices. Google has been doing essentially the same thing for the best part of a decade. The first HTC-made, Nexus-brand Google phone was released in January 2010. Rival OEMs were unhappy to begin with but relented because Nexus was only sold direct (not Amazon, of course) – if you could find one at all. And Google's annual beauty contest meant that they might get the prize next time round.

Upmarket in price but not quality

But last year Google changed the rules of engagement. Nexus had been clean and good value. Then Google decided to take its phones upmarket, giving it a new name, a premium price tag, and hods of marketing cash. But the underlying cheapness of Google's phone operation does not seem to have changed. It's still contract manufacturing, a skeletal retail presence, and with the logistics and support kept to a minimum. Perhaps Google could have got away with it if the phones had been perfect, but they're not.

Reviewers have reported burn-in with the OLED panels; after only a few days the glyphs on the navigation bar become visible even when the display is off. The colours look blue and muted, although Google says a less saturated palette is "more accurate". There have also been audio glitches.

Google has acknowledged these issues, and says it's going to fix both display and audio issues with a software patch "within weeks". For the colour issues, Google's response is reminiscent of Steve Jobs' notorious response to the iPhone 4's "antennagate": you're holding it wrong. Two years later Apple settled a class action by promising every complainant $15.

The rumblings of discontent were there a year ago – if anyone cared to look. The first-gen Pixel suffered from microphone and speaker issues. For months Google put the blame on third parties and offered advice such as booting in safe mode and deleting apps. When it finally 'fessed up that there may be problems, more problems ensued. One Reg staffer was without a Pixel for a month, a combination of inept courier and support.

Being Google doesn't mean being good at everything

The problem with charging an eye-watering premium price, Windsor explains, is that people expect a premium service. The various Pixel 2 models cost from £629 up to £899.

"At the price that Google is charging for its smartphones, there is no real margin for error as it is competing head on with Samsung's flagships and iPhone 8. I suspect that the end result will be that the Pixel 2 ships much lower volume than it would otherwise have done as there are plenty of very high-quality alternatives."

Readers may point out that for years HTC was selling phones in EMEA with only the bare minimum of support. Indeed, but that was on the back of years of success, based on great design. It took a while for this reputation to fade. Google doesn't have years of reputation as a hardware king. And HTC's numbers tell their own story. Google now owns the cream of HTC's phone division.

On the day of the Pixel 2 launch I'd have given Google a real but outside chance of ultimately succeeding in the phone market, largely because of Google's brand and the vast amounts it appeared to be prepared to spend on market. On the bearish side, as I explained here, the advantage enjoyed by BKK and Huawei was huge, and it may not succeed with Plan A: premium priced Google-branded flagships. Now I'm reminded that Google's track record of backing a venture for years is on a par with Microsoft's.

Making hardware may be cheaper and easier than ever, but keeping customers happy isn't. ®