Even more warship cuts floated for the Royal Navy 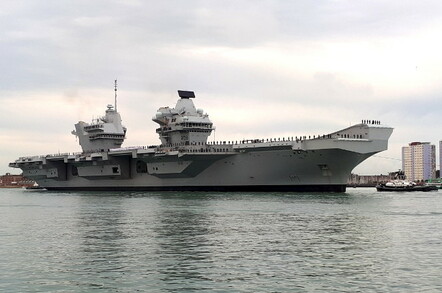 UK Defence Secretary Sir Michael Fallon has denied that vital British warships may be quietly sold to South American nations as part of the ongoing defence review, according to reports.

Helicopter carrier HMS Ocean, already earmarked for sale to Brazil when she is withdrawn from the Royal Navy next year, may be joined by Type 23 frigates, according to respected defence industry magazine Jane’s.

The Type 23s are the backbone of the Royal Navy’s anti-surface and anti-submarine capability. They are the fighting teeth of the RN, used to ward off potentially hostile surface ships and submarines alike.

Current plans are for the new Type 26 frigate to replace the ageing but capable Type 23s. These new ships are set to enter service from the middle of the next decade, with the old leaving service on the (approximate) basis of “one in, one out”.

Two crucial amphibious warships, HMSes Albion and Bulwark, are rumoured to be on the chopping block of current defence cuts. Without these two ships, the Royal Navy cannot carry out amphibious landings, in the sense of "put Royal Marines in smaller boats that they can sail to beaches". Both ships (only one is in service at any one time because we have neither the money nor manpower to run both at once) are fitted with big ramps and well docks allowing troops and vehicles aboard to be quickly loaded into landing craft.

Without its amphibious landing capability, the UK would not have been able to take the Falkland Islands back from Argentinian invaders after the 1982 invasion.

The root of the problem here is the ongoing defence review, known by many defence-watchers as the Strategic Defence and Security Review 2017*. This is the codename for "even more defence cuts" as exchange rate shifts cause the prices of big defence equipment projects to skyrocket. Most of the current big projects (the F-35 fighter jet, the upcoming P-8 maritime surveillance aircraft and new Apache attack helicopters, to name but three) are being bought from the US in dollars.

With central government uninterested in increasing the defence budget to cope with this, it follows that defence spending has to be slashed to maintain the capability of paying for the new big shiny toys. Thanks to previous decades of defence cuts having slashed all of the fat and large chunks of meat from within the MoD, the latest round of defence cuts is digging into the bone: hence the already drumskin-taut Royal Navy is almost certainly going to lose major units. Cutting frigates takes the RN well below the number of ships it was supposed to have:

At defence questions in Parliament yesterday, Sir Michael appeared to deny that any ships were up for sale. Nonetheless, losing key anti-submarine warships right as a resurgent Russia flexes its naval muscles, along with one of the biggest remaining elements of British power projection, amphibious warfare, would send the world the wrong signal – despite the billions being spent on aircraft carrier HMS Queen Elizabeth and the F-35 jets to fly from her. ®

There is no SDSR '17, at least not officially. The last SDSR was held in 2010; however, the current review is of such crucial importance that "naval gazers" have begun using the name to keep the issues in the public eye.