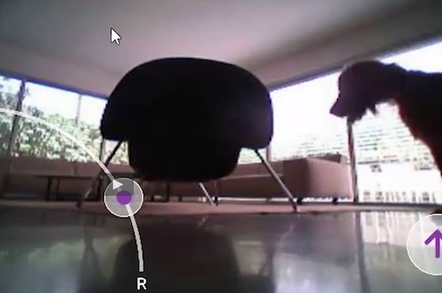 LG SmartThinQ smart home devices were totally hackable prior to a recent security update, according to new research.

Once in control of an account, any LG device or appliance associated with that account could be controlled by the attacker – including a robot vacuum cleaner, refrigerators, ovens, dishwashers, washing machines and dryers, and air conditioners. Devices could be switched on and off, settings changed and more.

IoT hackers might be able to gain control of the LG Hom-Bot vacuum cleaner's video camera. The technology streams live video to an associated LG SmartThinQ smartphone app as part of its HomeGuard Security feature. Hacking the system therefore creates a spying risk (as demonstrated below).

The vulnerabilities in the SmartThinQ mobile app allowed researchers to create a fake LG account before using this to take over a user's legitimate LG account, and in turn gain remote control of the user's smart LG appliances.  Check Point disclosed the vulnerability on July 31. LG fixed the reported issues at the end of September.

LG's range of smart appliances and safety solutions allow users to monitor and maintain their homes from a smartphone. Sales of the Hom-Bot robotic vacuum cleaner alone exceeded 400,000 in the first half of 2016.  In 2016, 80 million smart home devices were shipped worldwide, a 64 per cent increase on the year before. ®