What if you log an incident that AI helped you to avoid? PLUS: Kingston release details 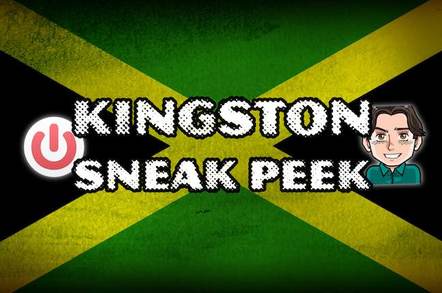 Artificial Intelligence might just make IT organisations look for new measures of their success and lead to a rethink of ITIL, according to ServiceNow's chief strategy officer Dave Wright.

ServiceNow acquired AI outfit DxContinuum in January 2017 and will debut its wares in the “Kingston” release of its signature SaaS, which will debut in the first half of 2018 in a new feature called “Agent Intelligence” that Wright told The Register will “automate the categorization, prioritization and assignment of work to reduce resolution times, minimize human error and improve customer satisfaction.”

The idea is that if AI can recognise the nature of a request, then route it to the right person, IT departments become more efficient while employees and/or partners will be asked to make lesser efforts to explain what's wrong and what help they think they need.

Because ServiceNow runs single-tenant SaaS the company's AI will work only with each customer's data, but Wright said once a user has 50,000 records to play that should be enough for a model to get things satisfyingly right.

The company's also working on predicting failures in IT infrastructure, which leads Wright to ponder if conventional ways of measuring IT performance will remain appropriate once AI is widespread.

He queried whether mean time between failure remains relevant when infrastructure reports of possible failure, allowing replacement of potentially-faulty equipment. He also wondered how ITIL will cope when users log jobs averted by AI-delivered warnings about future problems.

Wright said he expects industry-wide discussions to settle such matters.

For now ServiceNow is dealing with the more prosaic chore of getting Kingston out the door. The company on Monday snuck a Kingston Preview into its community blogs. The headline additions, besides Agent Intelligence, are a Watson-powered chatbot, a new major incident management tool and a new designer to create business flows.

A new “integration hub” will offer a “... codeless interface to manage REST integration flows between your instance and third-party web applications like Slack or Microsoft Teams.”

Continuous monitoring will be given the ability to check known good configurations and alert users about unexpected changes. “Non compliant configuration changes will appear in your GRC Dashboard, along with non compliant passwords and dynamic risk scores,” the post says.

Software asset management will gain the power to probe VMware and IBM licences.

The post also reveals the names of ServiceNow's next two releases, which as usual advance by one letter of the alphabet and take the name of a capital city. Hence London and Madrid, probably due in late 2018 and Q3 2019 respectively. ®