CEO: Are we scared of Oracle moving in on our space? Nope 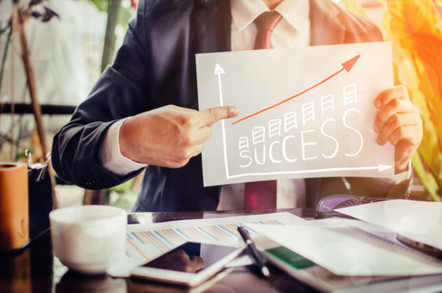 Graph database-flinger Neo4j has released a platform that adds analytics, data import and visualisation on top of its database.

The biz has today launched Native Graph Platform, which – given that it's a release from a tech firm in 2017 – includes a promise of support for advanced AI analytics, as well as Neo4j ETL and integration with a range of graph visualisation applications.

The announcement, made at its GraphConnect conference in New York, comes alongside an open-source contribution to the Hadoop ecosystem: its graph query language, Cypher, is now available for Apache Spark.

Neo4j wants Cypher to become the standard query language for graph, and, as all of the components in the Native Graph Platform use it, the hope is that the new platform will also boost adoption.

More broadly, Neo4j is targeting a broader range of users – going beyond the data scientists to line-of-business managers – and wants to get a better foothold in enterprise. But it also marks a shift in the ten-year-old company's outlook.

"We're broadening our vision. To date we've been the graph database company, now we're going to be a graph company," CEO Emil Eifrem told The Register.

Although this sounds like a "small nuance", Eifrem said, it represents a much bigger shift, away from focusing solely on developing a mature database and towards something that will serve more customers' needs.

"The vast majority of our customers don't deploy our database in isolation. We've moved beyond this era of one-size-fits-all, and it will never be true again. We live in this polyglot persistence world with heterogeneous backends," he said.

Eifrem argued that customers want to be able to do analytics, use algorithms on top of their databases, and show the data to end users – who might not be data scientists – using visualisations.

"At this point, it's become so relevant to have easy out-of-the-box integrations. We want to make it easy to get graph data out of Neo4j and then back," Eifrem said.

"We saw an opportunity to simplify things for the market. So we put together in a cohesive, well-integrated package and will give that as a turnkey solution for our customers."

"That's what Native Graph Platform does. It's not going to be significantly easier to use Neo4j as an individual developer, but for that project that's just getting started, it's so convenient for them if they get out-of-the-box integration with a relational database, rather than having to write that code," Eifrem said.

Pitches like this are crucial for the privately owned firm, which has pulled in $80m funding over its decade of operation.

Although regularly ranked top of DB-Engines' list of graph databases, where it was once the only option on the market, it's now facing increasing competition from established players.

"When we got started, there was no one. Now, in past couple of years, every one and their mom have released a graph database," Eifrem said. "The space is very much heating up."

So, how does Neo4j feel about the likes of Microsoft and Oracle muscling in on their turf?

"You mean, are we scared shitless or not?" Eifrem shot back.

"There are two sides to it. Of course, when you have Oracle, SAP, Amazon and Microsoft all announcing that they're going to your space [it means] we're up against, from our perspective, infinite resources – and that is scary."

But, Eifrem said, the flip side is that the crucial thing for Neo4j is growing awareness of graph technology.

"We don't have the biggest microphone in the world. We've stood alone on this mountain for the longest time, and now we have some really powerful voices joining in. That's 10 times more important than losing the occasional deal because Oracle had a lock-in on that customer." ®

GPU-assisted clouds due for 2016 launch

Digital transformation? Pah, pass the tins of beans and firelighters

AR and VR in data visualisation – can it ever be useful to our puny human minds?

'The biggest challenge is to not misrepresent the data'