nbn™ to use G.fast in late 2018, firstly in commercial premises 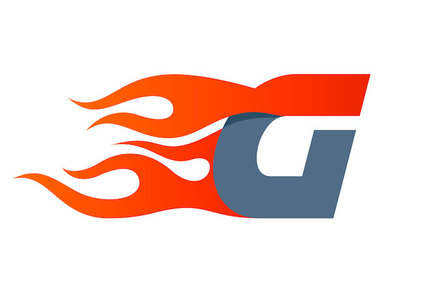 Not the G.fast logo.

nbn™, the company building and operating Australia's national broadband network (NBN), has announced it will start using G.fast in 2018 and will eventually use it in fibre-to-the-node installations.

G.fast is a successor to VDSL and can hit a gigabit per second when the stars align. Government policy means nbn™ will deploy millions of fibre-to-the-node (FTTN) connections using VDSL, but that technology's been widely criticised as insufficiently scalable. nbn™ has therefore touted G.Fast as a way it can upgrade FTTN to speeds felt to be more suitable for a long-term nation-building project.

nbn™'s G.fast plans won't initially satisfy those critics, as it will first put the technology to work on the fibre-to-the-building (FTTB) connections usually associated with blocks of flats and office buidlings. Fibre-to-the-curb (FTTC) will also get G.fast.

An nbn™ spokesperson told The Register that “In the initial stages of the launch we are looking to serve premises where there is likely to be demand for ultra-fast speeds, this is likely to come from commercial end-users.”

nbn™'s business plan assumes that business users will pay for expensive services that drag up average revenue per-user figures to a level that will bring the company towards profit. Targeting businesses is therefore not unexpected.

But the announcement of G.fast, made overnight by nbn™ chief strategy officer JB Rousselot at the Broadband World Forum in Berlin, is unexpected because nbn™'s October Product Roadmap [PDF] makes no mention of it.

That roadmap also has the company introducing its “Business-grade Network Termination Device” some time in 2019+. Yet when The Register asked nbn™ if it has a roadmap for introducing G.fast to FTTN we were told “We would be looking to run first commercial G.fast deployments in 2H18, most likely final quarter.” That's before the business-grade device becomes available.

It's also an odd answer to a question about FTTN. nbn™'s canned statement also says “adding G.fast over FTTC provides the upgrade path for our FTTN end users to ultimately receive Gigabit speeds too.” But there's no more detail than that on offer. If nbn™ coughs any up, we'll report it. ®