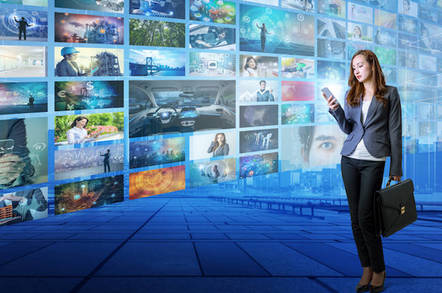 A lawsuit accusing YouTube of playing a key role in the November 2015 Paris terror attacks has been all but thrown out of court.

Judge Ryu upheld Google's motion to dismiss the case, but left the plaintiffs with a 14-day window to amend and resubmit their complaint that the video website was liable for the deaths of people gunned down or blown up two years ago by terrorists in Paris. It was alleged the mass murder spree was encouraged by recruiting videos uploaded to YouTube by ISIS and other scumbags, and that its parent Google didn't do enough to delete the material before it was too late.

Central to the case was the argument whether Google should be shielded from liability by Section 230 of the US Communications Decency Act (CDA), a provision that states online service providers cannot be held responsible for the actions of their customers.

Google had moved for dismissal based on Section 230, while lawyers for the Gonzalez family had argued that the Justice Against Sponsors of Terrorism Act (JASTA) and other provisions of Section 230 made Google and YouTube liable.

Judge Ryu sided with the Chocolate Factory, saying that JASTA, a 2016 law that allows US citizens to sue a person or group that aids and abets terrorists, does not override the CDA provisions that would safeguard Google.

"Plaintiffs’ argument is not well taken," Ryu wrote, "JASTA does not reference any portion of the CDA either directly or indirectly, nor does it address the responsibilities of or protections for interactive computer service providers."

Additionally, the judge rejected claims from the plaintiffs that the CDA should not protect Google from liability on overseas content, and rejected the suggestion Google was not protected from the CDA because the lawsuit was over its handling of the terrorist group accounts, rather than the content itself.

"This argument, too, fails, because it seeks to impose liability on Google for allowing users to reconstitute or recreate accounts which Google has already chosen to disable," the judge ruled.

"As the Ninth Circuit has recognized, this is precisely the result Congress sought to avoid when it enacted section 230 and provided protection for websites 'against the evil of liability for failure to remove offensive content'.”

The ruling means the plaintiffs will now have a couple of weeks to rewrite their complaint with different arguments, or face having the case dismissed outright. ®