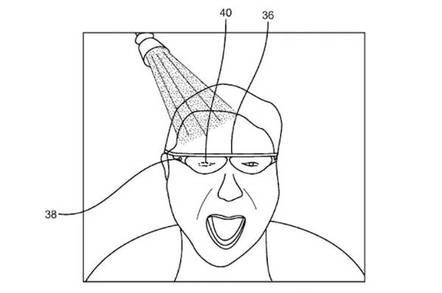 Analysis The rolling saga of rich and powerful men being identified as serial sexual harassers has returned to Silicon Valley, having spent a few week slicing through Hollywood. Now it's scooped up another well-known tech figure: Robert Scoble.

Late last week, technology journalist Quinn Norton decided to go public with her story following a week in which of hundreds of women shared stories of their own sexual harassment online.

Norton told of how at a conference, in the evening, she had seen Scoble making out with a very drunk woman and was later introduced to him. "And then, without any more warning, Scoble was on me. I felt one hand on my breast and his arm reaching around and grabbing my butt," she wrote. She struck Scoble on the chin and threatened to break his nose if he tried to touch her again. He didn't.

It's not clear why Norton decided to go public with her account now but in a week in which the film industry faced the fact that movie mogul Harvey Weinstein's allegedly predatory behavior was widely known, it is notable that Norton writes that it was also an "open secret" in the tech industry that Scoble behaved inappropriately toward women.

As has happened repeatedly, Norton's post led to other women coming forward with their own tales of harassment. In response to that post, Michelle Greer, a former coworker of Scoble's at Rackspace, also said she has been groped by the influential blogger. Others chimed in, noting that they had personal experience of Scoble pestering women.

Scoble's constant use of social media and seemingly endless well of opinions has also contributed to a sense of outrage. Greer, for example, was infuriated when Scoble "liked" a Facebook post of hers back in July complaining about sexual harassment in the tech industry.

That post was itself sparked by widespread allegations of harassment in Silicon Valley following the decision by Susan Fowler to go public with details of her time at Uber: an event that eventually led to the ousting of Uber CEO Travis Kalanick.

When Scoble liked Greer's post she responded: "You're a bad actor. I can't tell you how awful I felt after working with you. Watching you like this post angered me."

Scoble responded by apologizing. As he did as well in response to Quinn Norton's account, and again in an interview with USA Today over the allegations.

An earlier Scoble apology has also drawn attention. Earlier this year, UploadVR was sued for discrimination and sexual harassment by a female former employee who described an extraordinary tech bro culture in which management and staff encouraged marijuana use and microdosing with LSD, told lurid tales of sexual experiences, harassed female staff, and had a "kink room" where staff members could go and have sex during the day.

The lawsuit was settled but not before Scoble publicly defended UploadVR – where he was a consultant. The resulting outcry led to another written public apology. "I initially supported Will Mason and Taylor Freeman when the UploadVR lawsuit from Elizabeth Scott broke in the press," he wrote. "Part of that support was my own fear and loss as those at Upload, including me, were suddenly thrown into pain."

He then talked, again, about his own vague behavior and preemptively forgave himself: "I must admit my own role in sexism in this industry and world. I am flawed too, and am working to fix those flaws. Have I caused others pain? Yes. Does that make me happy about myself? No. Looking in the mirror is a tough thing."

In his most recent apology, Scoble said much the same thing. "I apologize. I have damaged the trust many people had in me," he wrote on Facebook. "I have made many steps in my life to try to improve, including getting sober more than two years ago… I'm deeply sorry to the people I’ve caused pain to."

While many subsequent commenters accepted Scoble's apology and even applauded him for writing it, others were notably less impressed.

In response to comments noting that Scoble has admitted to having been an alcoholic and was sexually abused as a child – with the explicit connection that he has changed for the better since facing up to his issues – others posted articles that questioned whether the redemption story was truly honest or a calculated effort to save his career.

Another woman, NASA analyst Sarah Seitz, wrote in a comment to Norton's article that Scoble had repeatedly propositioned her even after the time he said he was in therapy for his drinking.

Several other anonymous accounts have also emerged claiming that Scoble has continued to harass women and behave inappropriately. Those accounts were then, somewhat predictably, questioned by others. And those comments resulted in more comments from people complaining about victim blaming.