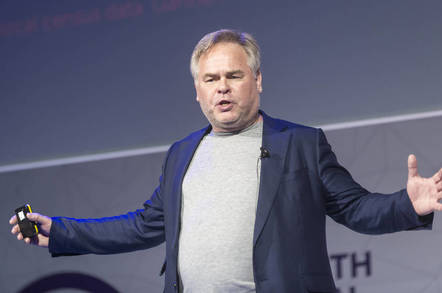 The firm's Global Transparency Initiative is in response to moves to ban the use of its technology on US government systems by the Department of Homeland Security over concerns of alleged ties with the Russian government.

The initiative comes days after reports that Russian government hackers used Kaspersky antivirus software to siphon off classified material from a PC belonging to a NSA contractor.

With this initiative, Kaspersky Lab will engage the broader information security community and other stakeholders in validating and verifying the trustworthiness of its products, internal processes, and business operations, as well as introducing additional accountability mechanisms by which the company can further demonstrate that it addresses any security issues promptly and thoroughly.

An independent review of the company's source code by Q1 2018 will be followed by similar audits of its software updates and threat detection rules. A separate independent assessment of Kaspersky Lab's secure development lifecycle processes and its software and supply chain risk mitigation strategies will take place in parallel.

Analysis of source code to rule out possible backdoors is all well and good but what really counts is how anti-malware software is configured to select what types of file are uploaded to the cloud for further scrutiny. The behaviour of the software can be and needs to be altered by updates.

Kaspersky Lab further plans to open up three Transparency Centres worldwide (in Asia, Europe and the US) by 2020. In the meantime, the company has increased the value of its bug bounty awards to up to £75,000 ($100,000) for the most severe vulnerabilities.

Eugene Kaspersky, chairman and chief exec, said the initiative was designed to re-establish trust and prevent the "balkanisation" of internet security.

"Cybersecurity has no borders, but attempts to introduce national boundaries in cyberspace is counterproductive and must be stopped," Kaspersky said in a statement. "We need to re-establish trust in relationships between companies, governments and citizens. That's why we're launching this Global Transparency Initiative: we want to show how we're completely open and transparent. We've nothing to hide."

Industry reaction has been mixed.

Javvad Malik, security advocate at AlienVault, said: "Following the allegations against Kaspersky, the company needs to restore public trust and this is a good way to go about rebuilding that trust.

"With an increase in cyber warfare and hostile governments, it makes sense for more companies to bring more transparency to the market. So it could encourage other companies to follow suit and help technology companies remain politically agnostic.

"This is particularly relevant to security companies whose software often runs with high privileges."

Lee Munson, security researcher for Comparitech.com, argued that the move had more to do with reputation management than transparency.

"However Kaspersky Lab packages this new initiative, it is clear to me that this is about reputation repair, especially in the US where claims of links to Russian intelligence agencies have been severely damaging.

"That it could build trust in the security community is true, though the trust being built for Kaspersky is obviously of paramount importance here." ®