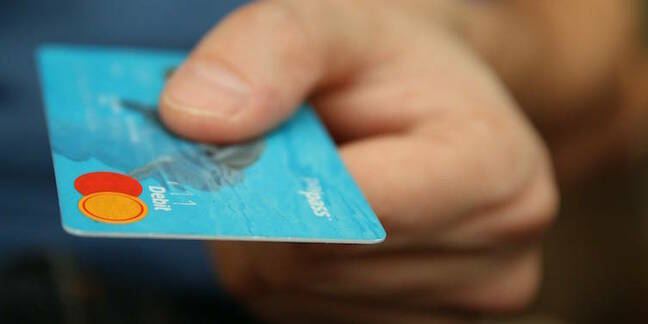 Mastercard is opening up its blockchain API to select partner banks and merchants.

For those approved for sign-up, Mastercard boasts that its tech will improve "cross-border, B2B payment flows".

There are tons of blockchains out there, and Mastercard isn't the first enterprise actor to work on a B2B distributed payment system. Its competitor, Visa, is also working on blockchain tech.

Mastercard announced its blockchain API in 2016. The new announcement potentially extends its reach.

He said it's a good sign that business-focused firms have rolled out their own versions because it shows that "they believe there's something here".

He added that the announcement was significant "because it's Mastercard", but noted "some of the details were pretty scant."

He wondered who had signed up, what markets and sectors Mastercard was targeting, what payment types were possible, and whether there was a limit on the number of sign-ups.

A spokesperson for Mastercard told The Register: "Currently we are exploring blockchain in enabling all types of cross-border B2B payment flows – account-based, blockchain-based and card-based payments... The range of use cases here are B2B interbank payments, tracking trade finance obligations along the value chain, exchanging KYC/ALM data between trusted parties, and more."

Other applications would include "provenance and authentication" to track goods as they're made, and sold off. "For example, businesses can use a Mastercard plastic card with a standard payment terminal to record that the asset arrived at a location on the Blockchain."

The spokesperson declined to disclose the number of banks or merchants that have signed up or their names. Regarding limits, they said: "We will be looking at a phased implementation/pilots with banks and financial institutions as cross-border payments have a lot of nuances and regulations that have to be taken into consideration."

"Cynically one could view this as a 'technology hedge' for Mastercard, insuring themselves against the threat of new entrants into the cross-border B2B payments market, such as Ripple," commented Matt Shaw, a consultant at Synechron Business Consulting in London. "But this is much more – it is a real-world implementation of blockchain technology backed by a large, well-established, global payment operator and it will leverage their brand strength and existing customer network to gain trust and adoption.

"It seems they have encoded their exiting IP and 'network rules' as smart contracts, and employed limited data dispersion to ensure transaction details remain private and performant.

"In time, if the platform fulfils its promise and offers Mastercard lower operational costs and risks it could result in the demise of their existing networks." ®

Mastercard goes TITSUP in US, UK: There are some things money can't buy – like uptime

Target settles with MasterCard for US$19 million

You can do this their way, or run the legal gauntlet yourself

Sweet MFA... but there's no documentation available for users

Whatever next? Belfies to get in your door?