We've got something much more ethical anyway, say devs 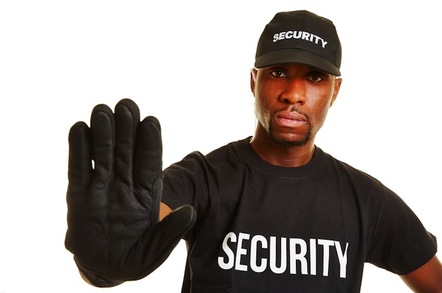 Malwarebytes has had enough of Coinhive's alt-currency-generating browser-side code, and is now automatically blocking it.

The biz joins ad-block plugins in preventing Coinhive's Monero-crafting JavaScript from running in webpages, using visitors' electricity and hardware to mine new money. Coinhive is a legit outfit, and its mining code is supposed to be embedded in pages to earn site owners' revenue as an alternative to annoying ads. However, this freely available tool has been abused.

Malwarebytes said coinhive.com, which hosts the mining software, was the second-most-commonly blocked domain by its users, with 130 million users expressing their disdain for the technology.

"We do not claim that Coin Hive is malicious, or even necessarily a bad idea," noted Adam Kujawa, director of Malwarebytes Labs, on Wednesday. "The concept of allowing folks to opt-in for an alternative to advertising, which has been plagued by everything from fake news to malvertising, is a noble one. The execution of it is another story."

Kujawa pointed out that loads of websites are now running Coinhive's JavaScript to make a fast buck – either openly, or surreptitiously like the Pirate Bay, or after hackers injected the code, as in the cases of Politifact.com and Showtime's websites.

Although Coinhive encourages web devs to alert visitors that mining is happening in the background in their browsers, and to throttle the calculations to a sensible rate, there's no requirement for site admins and hackers to display any warning nor take the brake off coin processing. And that means folks aren't aware of the secret number-crunching until their CPUs are jammed with activity and their batteries are dying faster than an unnamed Star Trek red shirt.

The smackdown by Malwarebytes and ad-blockers isn't surprising – and we note Fortinet also treats Coin Hive's site as dangerous – but neither is it total. Users can still configure the Malwarebytes software to allow Coin Hive code to work with a few simple steps.

The response from Coin Hive was surprising. No whining or prevaricating: the developers told The Register they're totally fine with the ban.

"We can't blame them," the team said, noting that this isn’t the first time blocking of its software has come up. "Spotting a crypto-miner on a website is surprisingly difficult. It's easy for technical people to check in the browser's developer console, but it's not obvious at all for the average user."

Instead of complaining, the Coinhive team already has a solution. It's come up with new code, released this week, called AuthedMine, and it is similar to the previous cryptocurrency miner but with one crucial and very important addition – a user consent page.

"AuthedMine enforces an explicit opt-in from the end user to run the miner," the team said in a blog post on Monday.

"We have gone through great lengths to ensure that our implementation of the opt-in cannot be circumvented and we pledge that it will stay this way. The AuthedMine miner will never start without the user's consent."

Coinhive also said that it is working with translators and has now written the permission page in 46 languages, with more to come. It described the response from website owners and users as "very positive," and said it hopes web devs using the original Monero web miner will transfer to AuthedMine.

With such a good replacement, websites that don't should expect to be called out by their users, The Reg hopes. Drop us a line if you come across a website unfairly using your computer for its benefit. ®