Bain Japan main man wants in on Tosh biz board 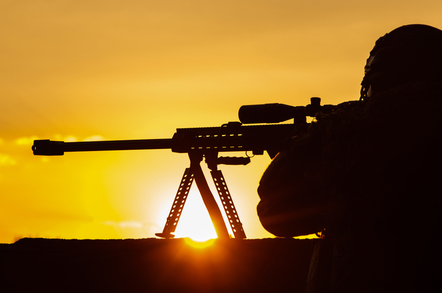 Can we spot an agreement through the scope yet?

Bain Japan's MD reportedly wants to get on the Toshiba Memory Business board, to invest in it and get an agreement with WDC about continuing the joint venture to make flash chips.

Yuji Sugimoto is said MD and reportedly told Nikket Aisan Review he planned to become a director of the to-be-acquired Toshiba Memory Business and so have a say in how the flash foundry joint venture with warring legal opponent WDC is run.

"We respect the current lineup of executives, but when it comes to directors, who play an oversight role, we will be aggressive in enlisting outsiders. I myself will become a director," he is quoted as saying.

Private equity house Bain Capital, owner of Bain Japan, and its consortium won the auction for the Toshiba Memory Business (TMS) which owns Toshiba's stake in the flash foundry JV and its flash production operations at Yokkaichi in Japan's Mie Prefecture.

Toshiba needs the bid money to survive as a listed company beyond a March 2018 deadline, following catastrophic losses in its now bankrupt US nuclear power plant building business.

WDC was a failed bidder and vigorously disputes Toshiba's right to sell TMS. It is fighting its corner in an International Arbitration Court. Yesterday we reported Toshiba and WDC are in talks about a way forward.

Bain Japan will be directly involved in managing the execs who run TMS. Sugimoto said he will become a director and want to recruit other outsiders to the board. It and its consortium partners will also supply a trillion yen or more for flash research and development and production equipment. They will fund the operation until it is listed, hopefully in three years time, and need it to grow and prosper for such a listing to be possible and be a success.

Sugimoto was asked about victory in the WDC legal battle.

He said it was not about winning or losing but about arriving at an agreement. It was unlikely the court would fully grant WDC's legal case. he opined. If it did then WDC would get the production equipment held by the JV but no TMS employees. This wouldn't be a real win for WDC, in his view.

The road to an agreement has several obvious obstacles in the way.

Both WDC and Toshiba as well as Bain are involved in megaphone negotiations through making statements such as this. They tend to be carrot and stick statements saying things like they want an agreement and that the other side's situation is weak and/or bleak.

For WDC, which has seen a loss of flash executives to Micron, now run by ex-SanDisk CEO Sanjay Mehrotra, the situation is far from ideal. Sugimoto appears to be saying that the Bain consortium-owned TMS would carry on making flash chips on its own, starving the WDC JV of investment. WDC would enjoy a hollow victory but be left in a dead end.