Raspberry Pi burning up? Microsoft's recipe can save it and AI 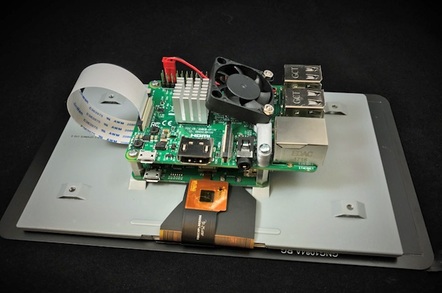 Behold! An rPi 3 with heat sink and fan bolted on with Microsoft widgetry, bolted to the rPi touch screen

Microsoft, of all people, has offered a recipe for cooling the Raspberry Pi 3.

Redmond's put the Pi to work on some AI-related chores and found the poor wee things run rather hot when working near their peak capacity. As the infrared shots below show, the Pi runs quite cool at first (left) but after a few minutes of exertion the Broadcom BCM2837 get unpleasantly hot.

So hot, in fact, that the quad-core CPU quickly hits about 85°C, well beyond egg-frying territory and also the mark at which the Pi either throttles back its CPU or shuts down to save itself.

Slower CPUs are an obvious hindrance to SkyNet's plans to hunt down and kill humanity using the AIs we created ourselves. Hence Microsoft's 3D printing plan for a fan mount that positions a small blower just above the rPI's CPU.

The results aren't pretty, visually, as the shot at the top of this story (or here for m.reg readers) shows. But Microsoft added the fan after heat sinks alone failed to drain away much heat, as the graph below shows. 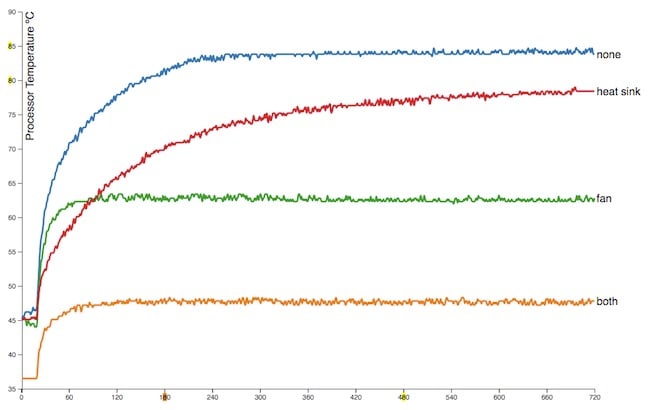 Microsoft's full explanation for its rig is here, for those of you who want to fiddle with hand-made components rather than just using a cloud's free tier for your AI footling. ®