Cable Labs goes full duplex for DOCSIS 3.1 – but can ISPs and modems keep up? 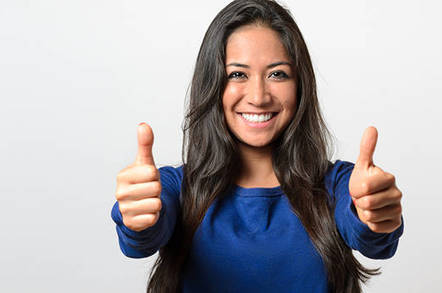 That model in which we all consume other people's content but only occasionally put something back has been increasingly under pressure with the explosion of social media and video sharing websites, not to mention everyday video chats with friends and family, and cloud-hosted backups, and so on.

Which is why an announcement by the cable industry's research and development arm, CableLabs, this week is such good news. The organization has completed work on an upgrade to the next-generation DOCSIS 3.1 spec that in the next few years will replace the "M" in Mbps with a "G" for gigabit.

DOCSIS 3.1 is the cutting edge of home cable technology, and big players such as Comcast in the US are testing it in specific markets with a new generation of modems. That testing and rollout of near-gigabit broadband in the US, UK, Canada and beyond has been somewhat marred, though, by the fact that high-speed DOCSIS 3.1 home gateways powered by Intel Puma chips suffer from annoying latency jittering under certain conditions, and can be trivially knocked offline by attackers. No fixes are available.

Those hardware problems aside, the DOCSIS 3.1 spec has another issue: it sticks to the age-old sucky 10-to-1 downlink-uplink ratio.

No longer with the Full Duplex Data Over Cable Service Interface Specification. Full Duplex DOCSIS 3.1 will allow broadband subscribers – in the next two years – to benefit from up to 10Gbps both up and down. And it will be possible on existing household connections rather than requiring the installation of new fiber.

It is the internet that our children will know: super-fast communications in both directions, where you throw out as much data as you receive. Hyper connectivity. If our internet backbones and transit links can take the load, of course. And if monthly data caps are sufficiently lifted.

It will mean seamless virtual reality gaming, next-level interactivity and video chats however and whenever you want. In short, we will become active parts of the network rather than passive consumers.

"In the United States, more than 90 percent of households are connected to an HFC (hybrid fiber-coaxial) network, and consumers typically have higher download speeds than upload speeds," gushed CableLabs CEO Phil McKinney. "By enabling Full Duplex DOCSIS, the upstream and downstream traffic can flow at up to 10 Gigabits concurrently, doubling the efficiency of spectrum use."

The full spec is not out yet – CableLabs said it will publish it later this month – but the news is significant and important. Now all we have to worry about is how much cable companies like Comcast will charge for the service or find some way to screw it up.

You can find out more about Full Duplex DOCSIS 3.1 on the CableLabs website. ®

Buddy, can you spare a time?

Faster fibre will help networks cope with the Netflix effect

Entropy, it's still a thing