Can I plug it in? Not without blowing the neighbourhood fuse 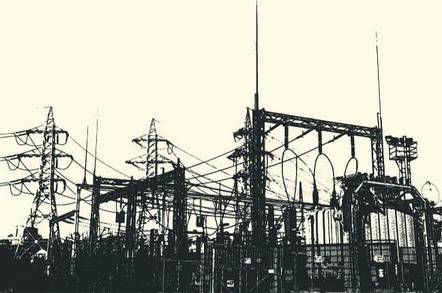 The OpenLV project aims to deploy a “low cost substation intelligence platform” that monitors local low voltage* substations and meshes them together to supply extra current as required when demand spikes – for example, when several people in a particular area hook up their electric cars for charging.

“Currently, electricity network operators don’t have enough information about how much spare capacity there is on local electricity networks. This makes it difficult to know whether a cluster of EVs [electric vehicles] charging at peak times will push the demand over the limit,” said OpenLV in a press statement.

“If the data highlights a potential capacity issue,” it continued, “then other initiatives could be implemented – such as smart charging, vehicle to grid technology, energy storage, or joining networks together – in preference to more costly and disruptive infrastructure reinforcement works.”

A joint venture between electrickery firm EA Technology and Western Power Distribution, the OpenLV project aims to deploy its software into 80 low-voltage substations across South Wales, the Midlands and the south-west. The project is also keen to see app developers tapping into this data, comparing itself to how Transport for London opened up various datasets that drove a surge in the number of travel planning apps and the like.

The National Grid, the body that maintains the main high voltage transmission grid across the UK, has already been thinking about the demands of electric cars on power supply and distribution. In a note titled “Mass fast charging of electric vehicles” (PDF, 5 pages), the grid invites readers to ponder some straightforward problems.

The average household is supplied with single-phase electricity and is fitted with a main fuse of 60 to 80 amps. Using a 3.5kW battery charger requires 16 amps. If one were to use an above average power charger, say 11kW, this would require 48 amps. When using such a charger it would mean that you could not use other high demand electrical items (such as kettles, ovens and immersion heaters) ... Using an 11kW charger would take six hours to fully charge a Tesla Model S, which also has a 90kWh battery, from the 25 per cent full state.

It also looked at the precise scenario that OpenLV wants to gather data on: “Pilot projects, such as My Electric Avenue, were reporting potential issues at the distribution level. In one more extreme example they were identifying voltage issues when five 3.5kW chargers were connected to a network cluster (with 134 dwellings) and were charging at the same time. The project concluded that across Britain 32 per cent of low voltage circuits (312,000) will require reinforcing when 40 per cent –70 per cent of customers have EVs based on 3.5kW chargers.”

While the government grandly announces that sales of regular vehicles will be banned in 2040, the rest of the country needs to start playing catch-up on the electrical infrastructure side. ®