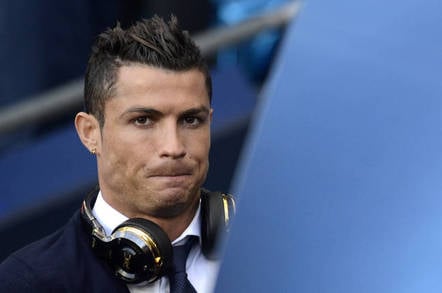 Cryptojacking is well on its way to becoming a new menace to internet hygiene.

On some sites, internet publishers are making money by using the spare processor cycles of visiting surfers to mine cryptocurrency, using scripts running in the background on pages to mine coins. In other cases, hackers have planted JavaScript on pages that covertly harvests crypto-cash for the miscreants – a process that has become known as cryptojacking.

The JS code that was on his website has since been removed, said security researcher Troy Mursch.

Both the Showtime and Ronaldo websites used software from Coinhive, which mined Monero. The Pirate Bay deliberately planted the mining code on its site before owning up to the "test" some time later. In other cases, the mining was either the byproduct of malicious adverts or run via legitimate but compromised websites, as in both the Showtime and Cristiano Ronaldo cases.

Only diligent nagging by security researcher Mursch (@bad_packets) over several days to the developers behind the Ronaldo site secured the admission that the script wasn't put there by them and the suggestion to talk to CR7's management company.

Ronaldo's people have yet to respond directly to The Register's repeated requests for comment. "Since the code on @Cristiano's was unthrottled, it was probably miscreants," Mursch told El Reg.

The amount to be made for criminals is normally quite small, perhaps into the thousands of dollars. High traffic sites would be able to generate a lot more through legitimate advertising.

For miscreants, cryptojacking offers a number of advantages even though it's less lucrative than serving up malicious ads that sling either malware or tech support scams.

Although some experts argue that crypto mining is a form of theft, it has the advantage of being much less likely to generate complaints. The technology exists in a grey area made more obscure because of the difficulty of knowing whether or not code is there with the permission of website owners or not. The presence of the code on sites does not affect their core functionality.

Coinhive touts itself as a way for website owners to quickly set up mining by using their JavaScript API. The technology is already being widely abused, as explained in a blog post by Malwarebytes here.

A list of sites running Coinhive can be found here. Another scripting nasty, dubbed CryptoLootMiner, has surfaced in other incidents. ®

Another day, another cryptocurrency miner lurking in a Google Chrome extension