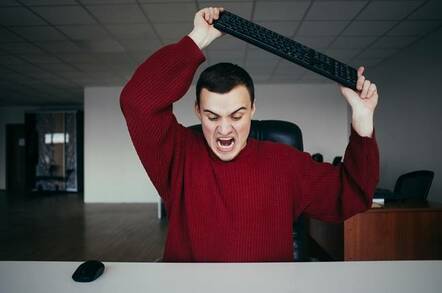 Updated Royal Bank of Scotland customers have been reporting an inability to log into digital banking services this morning.

Down Detector shows that more than 100 users have complained of issues logging into their accounts through mobile devices and web browsers.

@RBS_Help RBS digital banking isn't connecting. Telephone banking is keeping me waiting too - have you got a problem?

The bank has acknowledged issues exist.

Hi Duncan, we’re aware of some issues on our Digital Banking service and are working hard to fix them. Sorry and thanks for your patience EJ

And apparently it's working on fixing whatever they are.

Certainly Duncan, we will sent you a message, once the issue has been resolved, thank you for your understanding and patience. PH

A spokesman told The Register: "A small number of Royal Bank of Scotland customers were unable to access online banking earlier today. This has now been resolved. We apologise for the inconvenience this may have caused. Our branches, telephone banking and mobile banking app have been operating as usual throughout the day."

He declined to say what caused the problem, as they were still investigating. ®

Royal Bank of Scotland culls 1 in 4 branches, blames the interwebz

Oh good, because nothing ever goes wrong with online banking