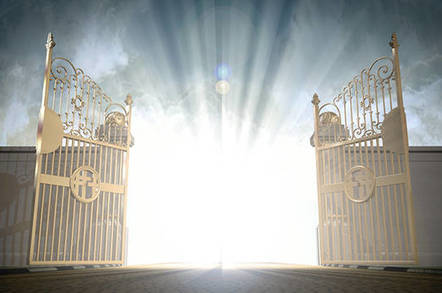 Billionaire venture capitalist Vinod Khosla has finally backed down in his efforts to stop Californians from accessing a beach via a road on lands he owns.

The Sun cofounder has been in a protracted legal battle over the beach since 2009, and despite losing time and time again, he has stubbornly refused to open a gate blocking an access road to the shore. In the end, California got him where it hurts: his wallet.

Under a law passed in 2014 – introduced solely because of Khosla's behavior – the California Coastal Commission can fine someone up to $11,250 a day if they block public access to a beach. That amounts to a hefty $4.1m a year.

And last week, having spent years wrangling with Khosla, the commission informed him that it was considering imposing those fees. The watchdog outlined a number of violations and threatened penalties of up to $20m with the threat of a lien being placed on the property if he didn't pay.

The price of keeping St Martins Beach to himself suddenly increased from $1m a year in legal fees to close to the $32.5m he paid for the 90-acre lot back in 2008. Khosla was also likely to lose an upcoming court case, which he would then have to appeal to the US Supreme Court, which doesn't come cheap.

The massive fines are still not a bankruptcy-inducing event from someone worth $1.75bn but were certainly enough to get the 62-year-old's attention.

Or maybe not. Khosla opened the gate the same day he was required to respond to the Coastal Commission before it decided whether to impose the fines at its next meeting in November.

However, he did not – and still has not – informed the commission what he intends to do going forward. It was only locals that reported the sudden opening of the barrier, and the only formal response from Khosla's lawyers has been to request an extension on the deadline.

So it could be just another legal game being played by the VC, especially since Californians have reported that the gate is only open for a limited number of hours. For the past year or so, Khosla's lawyers have been arguing that he is only obliged to temporarily open the gate, based on usage charts that his team compiled – which conveniently showed the beach is not visited very often. Everyone else seems agreed that he should be obliged to keep the road open most of the time.

This latest shift came following a unanimous decision in August by the First District Court of Appeals in San Francisco that Khosla had violated the California Coastal Act by keeping the beach access gate locked. That reaffirmed a decision reached back in 2014.

And yet Khosla's lawyers continued to insist his property rights were being violated and refused to open up. It was determined that Khosla did not have a "permit" for his "development" – the development being locking the gate. But the courts did not grant a public access right to the road – because that issue will be decided in a second case working its way through the courts.

Having had a very frustrating time negotiating with Khosla – something that was most clearly summed up when he insisted on a sale price of $10m for the sliver of land on which the access road is built when the commission's staff calculated its worth as $380,000 – the commission was clearly not in the mood to be strung along any further.

And so it decided to do what it could to make things more expensive for the stubborn sexagenarian. We'll have to see whether the price is high enough for him to get over his ego and open the road to California's surfers and strollers once more. ®