UK cybercops reacted to 590 'significant attacks' over past year – report

Phishing sites only stick around in Blighty for 1 hour, they boast 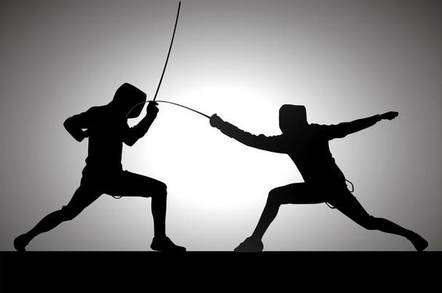 The National Cyber Security Centre responded to 590 "significant attacks" over the last year including WannaCry, MPs' email addresses being targeted due to weak passwords and various threats to other large organisations.

The body was created in October last year, bringing together previously separate parts of government, MI5 and GCHQ. Its aim is to support and advise the public and private sectors on how to avoid computer security threats.

Over that time the body said it has also managed to reduce the time phishing sites are hosted for in the UK from 27 hours to less than an hour.

Other measures introduced include getting government departments to adopt the Domain-based Message Authentication Reporting and Conformance protocol (DMARC) to combat fake emails by validating whether the communications come from the said organisation.

Something we hope Home Sec Amber Rudd has set up.

DMARC has already prevented a huge number of potential attacks – for example, blocking at 120,000 emails from a spoof @gov.uk address.

Other measures include setting up a filtering service to stop government systems verging onto malicious websites by using data gathered from commercial partners and GCHQ.

Undoubtedly WannaCry was the biggest threat the unit responded to over the last 12 months. The outbreak led to "the first ministerial COBRA meeting following a cyber attack," said the report.

WannaCry affected more than 100 countries, including Spanish telecoms and German rail networks. In total, 47 NHS trusts were affected in the UK. More than 230,000 computers were hit globally.

Ciaran Martin, CEO of the NCSC, said: "The UK faces threats from across the globe on a daily basis and while we have brought together unprecedented expertise to defend the UK, it's not a question of 'if' cyber attacks will happen, it's a matter of when.

"The NCSC's first duty is to manage and mitigate against attacks. Our anniversary report shows the progress we have made working with government, industry and individuals to create a truly lasting national asset.

Public sector bods including police, the NHS and local authorities have named the growing threat of ransomware one of their biggest areas of concern next year. ®

Two-factor auth totally locks down Office 365? You may want to check all your services...

A network's only as strong as its weakest link or worker