HPE: Cloud Server WILL survive... we just need someone else to buy 'em

Not you, Microsoft. You had your chance 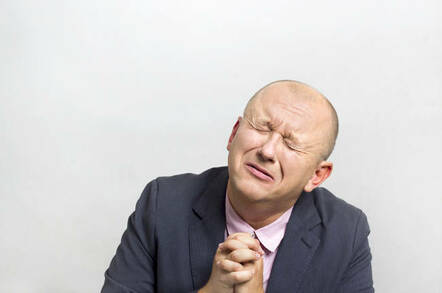 Canalys channels forum Hewlett Packard Enterprise is reworking the Cloud Server line jointly developed with Foxconn – a unit that was under threat – and plans to launch shiny new products in the not-too-distant future.

The servers were aimed at tier-one service providers and formed HPE's answer to original design manufacturers in the Far East that have hoovered up demand from companies including Facebook and Google by building tailor-made specs.

But HPE CEO Meg Whitman raised questions about the future of Cloud Servers in June, when she admitted the company was "heavily dependent" on one customer – Microsoft.

She said those low-margin sales would continue to decline for the next couple of quarters and that HPE was "thinking hard about what the future strategy is for tier one... does it make sense to continue the business on a go-forward basis or are we better off actually putting our selling resources and R&D against a more margin-rich sustainable profitability?".

Fast-forward to the Canalys Channels Forum in Venice and Carlo Giorgi – HPE Enterprise Group EMEA veep of channel, service providers and SMB – told The Register that the Cloud Server line would survive.

"It is being re-engineered or engineered to be more fit for purpose. It will still be a tailored offering for service providers, but will not have only standard SKUs and [its structure] will depend on the type of compute [required]."

He indicated a relaunch date before the "end of the year". No product details were available at this point.

"We have a lot of [Cloud Server] business with Microsoft, the question is: is it right for us? Do we have the right portfolio associated with this business?" said Giorgi.

A source close to HPE said the reason why the big branded server-makers were struggling against ODMs was because their pricing was "inconsistent, unpredictable but mostly trending higher".

"What exacerbates this is that pricing used to be key to life-cycle management of memory and HDDs at HPE and Dell: that is, launching new modules/drives and cascading the prices on the older ones until you discontinue the oldest in a timely manner. I know this is no longer happening at either company," our source claimed.

He argued that Dell and HPE could compete with the ODMs but that they "have forgotten how". ®