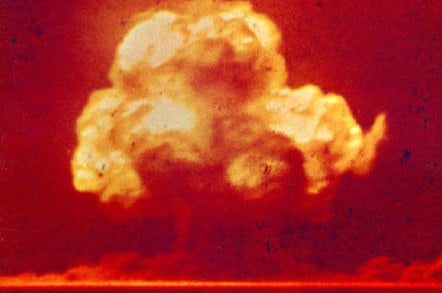 White House cybersecurity coordinator Rob Joyce has won the backing of Equifax's ex-CEO for a plan to stop using social security numbers as personal identifiers in the US.

We have no idea of Joyce's opinion of the endorsement, but what we do know is that he floated the notion in a speech given to a Washington Post-sponsored cybersecurity conference on Tuesday. Joyce suggested using a "modern cryptographic identifier" – presumably a hash or public-private key pair or something – to identify individual US taxpayers rather than the usual nine digits.

Former Equifax CEO Richard Smith followed a similar path, but in a less-favorable forum – on Tuesday, he was giving testimony to the US House committee investigating the litany of failures that led to his credit-check agency leaking 145 million Americans' social security numbers and other sensitive personal data. The same biz that just won a US$7.5 million contract to help Uncle Sam identify taxpayers, funnily enough.

"The concept of a Social Security number in this environment being private and secure – I think it’s time as a country to think beyond that," Smith told politicians. No kidding, Dick, you just lost 145 million of the numbers to hackers.

Meanwhile, arguing the social security number has “outlived its usefulness” for citizen-government interactions, Joyce said that “every time we use the Social Security number you put it at risk.” Again, no kidding, thanks to organizations like Equifax.

Bloomberg quotes Joyce as saying: “I personally know my Social Security number has been compromised at least four times in my lifetime. That’s just untenable.” Since Joyce formerly ran NSA's Tailored Access Operations team of hackers, we presume none of the compromises were by that agency.

“Certainly, the idea that we could use a public and private key is something that I can use publicly but not put the information at risk,” he said, “something that can be revoked if it’s known to be compromised.”

The WaPo has an interview with Joyce here. ®

Kiwicon Internet of Wrongs too lame for Wassenaar