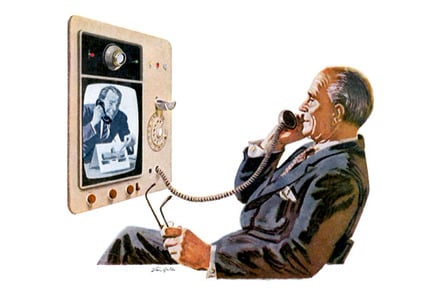 Head of Ofcom Sharon White has come out swinging against providers' legal challenges to its spectrum auction proposals – accusing them of derailing Britain’s “golden opportunity” to take a lead in 5G.

Both Three and EE have launched separate judicial reviews against the UK comms watchdog over its forthcoming auction for the 2.3GHz band, which will be used for 4G, and the 3.4GHz band, identified as central to the rollout of 5G.

The auction had been due to begin at the end of this year, but instead the courts will fight it out over whether the 37 per cent cap on spectrum is guaranteed (which is Three's concern) and whether the separate bands ought to be auctioned separately so the cap doesn't apply to the 3.4GHz band (BT/EE's objection).

In a letter to the Financial Times, White said: "The courts have agreed to fast-track litigation, but the benefits for mobile users will inevitably be delayed. We planned to complete the auction this year.

"Now we will be in court in December. We believe that auctioning some 5G airwaves early would allow companies to start the vital groundwork to make 5G a reality as soon as possible."

She noted that the government is putting up "significant funding" for 5G networks (PDF).

However, as one well-placed source remarked, Ofcom could well be playing up the potential 5G delay for "politically expedient" reasons. It is attacking operators over the perception they are delaying "innovative" new technology.

"This isn't really about 5G," he said. "Ofcom is understandably fed-up with being litigated against."

He said: "Those bands were only paired because they became available from the Ministry of Defence at the same time. When Ofcom decided to bundle them in 2014 it made sense, but since then things have changed."

Because the EU scuppered the proposed £10.5bn merger between O2 and Three in 2016 - the two smallest providers - ensuring each provider has a fair amount of spectrum by introducing a cap became more of a priority.

Had that merger gone ahead, Three and O2 combined would have had a 29 per cent share of the spectrum (as opposed to 15 per cent and 14 per cent respectively), making a spectrum cap less imperative.

"The regulator has dug itself into a hole, as a consequence of the EU's and its own insistence over having four companies in the market," said the source. "It might be wise to revisit the decision to bundle the auction together, so we can get a move on with 4G and return to 5G later."

He added that any delays to 5G are not really important, as that band of spectrum won't be available until 2020, and the extent to which the UK is in a position to become a world leader is "highly questionable".

Kane Mumford, journalist at Policy Tracker, agreed that the hold-up to 5G is being over-egged. "Internally, I can say Ofcom is more sceptical about 5G than Ofcom's Sharon White makes out in [the article]" he said in a tweet. ®

An Ofcom spokesman got in touch to say: “This is absolutely about 5G. It is very regrettable that the auction will now be delayed by this litigation, which will harm consumers, businesses and ultimately the UK economy.”