It could be you* 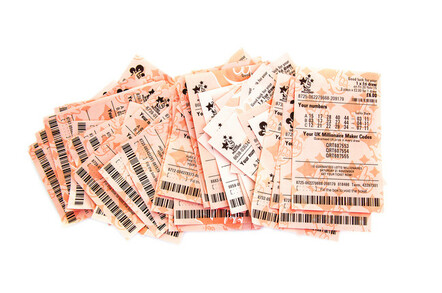 A row of Losing lottery tickets on a white background. Credit: Urbanbuzz/Shutterstock

The UK National Lottery has apologised for a website outage that left money in the pockets of punters unable to play games on Saturday evening.

“We're very sorry that many players are currently unable to access The National Lottery website or app. Our 46,000 retailers are unaffected,” it said on Twitter before adding “please accept our sincere apologies if you were unable to play tonight’s games due to the website issue that affected many players.”

By Sunday the National Lottery confirmed that outage was the result of a denial of service attack. The attack ran for about 90 minutes on Saturday between 6pm until 7.30pm), at a time of peak demand, the Daily Mirror adds.

On Saturday 30 September, a DDoS extortion group called Phantom Squad sent out a ransom demand to companies all over the world, threatening denial-of-service attacks. It’s unknown whether any of its attack threats were genuine – much less whether they were connected to the UK Lottery DDoS.

Criminals with no capacity to launch DDoS attacks have been known to threaten such assaults in a bid to coerce targets into paying up when no threat is present. ®

* Who gets DDoSed. You're not going to win the lottery, buddy.

UK National Lottery data breach: Fingers crossed – it might not be you

No card data but possibly other personal stuff

'More likely than not' a fraudulent prize claim was made