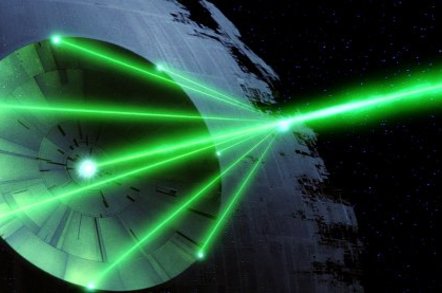 Analysis The Bain consortium buying Toshiba's flash memory business includes Toshiba itself and is setting up "Pangea" to hold its bought assets. Yes, named for a super-continent that split apart 175 million years ago – not a good augury.

Seagate is emerging as a big winner in the deal, if it survives WDC's legal assault. There are nine companies involved in the Bain consortium and they will be part of and fund K.K. Pangea, a special company set up to buy the Toshiba Memory Corporation (TMC) and its flash foundry assets for for ¥2 trillion ($18bn).

These assets include a joint venture, with three components, with WDC subsidiary SanDisk. This JV owns, funds, and operates a set of flash foundries at Yokkaichi in Japan. Toshiba and WDC share the NAND chip output of the plant and use the chips to build their respective flash drives.

Until now the investment costs and operations of this plant were decided by WDC talking to Toshiba – simples (relatively).

Going forward, and if the deal completes, WDC will talk to Pangea instead.

Pangea has nine shareholders and/or funders with differing voting rights:

These numbers come from different sources and don't add up precisely. Treat them as approximations.

Together, we think Dell and Kingston are paying around ¥110bn ($980m) and we don't know how that sum is split between them.

Japanese interests, meaning Toshiba and Hoya, have overall voting control with 50.1 per cent ownership. We understand Bain Capital will hold 49.9 per cent, with a Toshiba statement saying: "The US investors will not acquire any common stock or voting rights over TMC."

The way the deal is structured means that Toshiba is effectively selling only 59.8 per cent of TMC, for which it will receive about $14bn.

SK Hynix and US companies Apple, Dell Technologies Capital, Kingston Memory and Seagate, will not have voting stakes in the chip unit. Also SK Hynix will not increase its stake beyond 15 per cent for 10 years.

Two Japanese state-backed funds, INCJ and DBJ, have expressed interest in contributing to Pangea's funding in the future. They were directly involved in the WDC bid consortium but are not directly involved in this one, possibly waiting until the outcome of WDC's legal actions against Toshiba intended to halt the sale.

If the shares held by Toshiba in three joint venture entities* are not transferred to TMC, the estimated value of such shares in the joint ventures as of the end of the month before closing will be deducted as a purchase price adjustment.

If this happens then, we think, the deal effectively collapses.

All participants stand to make money if and when Pangea goes public.

Apple has not said it will get an assured chip supply and nor has anyone else. It could be that it wants a stronger negotiating hand with WDC when buying chips.

Dell Technologies Capital, which consumes a lot of flash drives but does not build them, becomes a minor participating player in the flash chip supply business.

Hoya enables Japanese interests to retain voting control of Pangea, and solidifies whatever optical products business it has with Toshiba (Pangea).

Seagate expects to gain an assured flash chip supply, something it has been lacking, insight into advanced NAND chip technology and, hence, an ability to build better flash drives and so compete more strongly with arch disk drive rival WDC. This fixes a hole in Seagate's flash drive strategy, where its lack of any vertical integration downwards into flash chip manufacturing was an obvious weakness compared to WDC.

Seagate CEO and chairman Steve Luczo can now tell all his critics in this area to go whistle.

SK Hynix has no guaranteed chip supply deal as an outcome but does get to be a bigger player on the flash fab scene. It has the potential to strengthen its participation in it as well as getting access to WDC/TMC flash chip technology in the future.

WDC is the big loser, unless its legal actions halt the deal and force Toshiba back into one-on-one negotiations. It faces its Pangea-WDC supplying arch-rival Seagate with flash chips, competitor SK Hynix having a threatening presence, and foundry investment decisions having to be agreed by Bain Capital and Toshiba and, possibly, other Pangea shareholders.

Pangea is also, effectively, Toshiba, whom it has pissed off royally during the negotiations and which has previously said it intends to build its own solely owned flash foundry, which would compete with the Pangea/WDC JV. Whether this will proceed or not is unclear right now.

Will Pangea come into fruition, surviving WDC's legal actions? If it does what will WDC do?

Suck it up in the short and medium term is our guess, and either have a long-term plan to buy majority control or set up its own independent flash foundry fab business.

If WDC wins the legal fight then all will be well at the firm. If it loses this legal war or gives up on it, WDC CEO Steve Milligan might be looking at internal, board-level and investor criticism over a the ending of the partnership. ®